Cool off from the scorching summer heat under the shade of coconut trees by the shoreline. Gather the treasures that the ripples carry in from the sea. Will the waves favour your luck and wash the jackpot ashore in January 2022?

Learn how to swim in significant wins with wild symbols, scatter symbols, and a free waves round in this Beach Slot Review.

Beach Slot Slots is a holiday, beach themed slots games with a  medium variance with 20 paylines and 5 reels. The Jackpot is £40,000 and the RTP is 96.8%. The casino games has wild symbols which are the crab and the octopus. Bonus features also include free waves, where players can gain free spins.

From our research, we have created a list of the Best Beach Slot Sites in January 2022:

Beach Slot is a game with five reels and three rows with a total of 20 active paylines. It was released on the 10th of November 2013.

The game has several special features that can help a player earn more prizes. The highest jackpot in the game is 2000 coins.

Beach Slot is set on a summery shore lined with tropical plants and some stones.

The reels in the base game are on the beach itself on top of the sand during the day. The re-spins round takes place at night. The paylines are on either side of the reel.

Instead of spinning, the tiles on the reels are washed in by the rolling waves from the sea on top of the screen.

All the important information and control buttons to play the Attraction Slot game are on the control pane at the bottom of the screen.

The symbols in the game are in line with the beach theme. A cherry, summery tune plays in the background during the game.

How to Play Beach Slot Online

Before frolicking on the beach, a player has to prepare several things which are the coin value and the bet level.

The Bet Max button automatically sets the game at the highest possible stakes.

Beach Slot gives players several features to help them win bigger prizes. This includes two kinds of wilds; a scatter symbol and a unique round for free spins.

To help a player get the highest winning combination, the Octopus Wild can swap the positions of any two symbols. The symbols have to be on adjacent positions on the second, third, and fourth columns.

All the wins with the Octopus Wild are multiplied by 2. 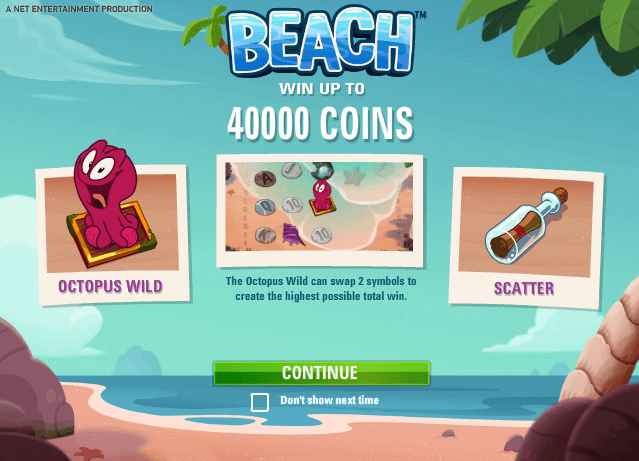 Beach Slot gives its players a bonus spin round.

To win at Beach Slot, a player has to line up at least three matching symbols across an active payline. Only the highest paying combination on every payline is paid. A symbol combination has to be formed from the leftmost reel to the rightmost reel.

Beach Slot is a video-based slot game. It was developed and released by the gaming company NetEnt. The game can be readily played on any host website that carries it.

NetEnt makes an effort to keep their games interesting. 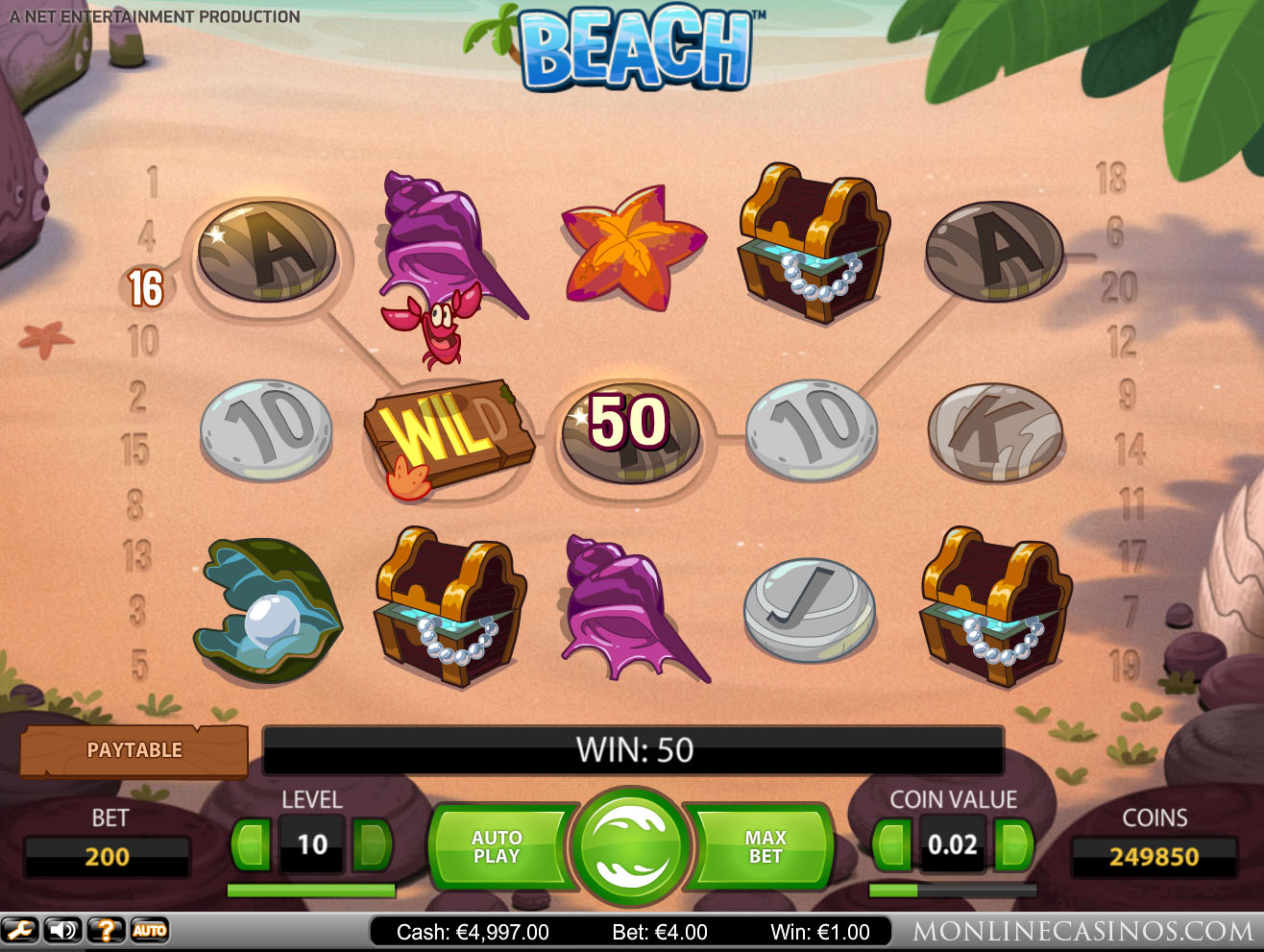 What is the Beach Slot RTP?

Beach Slot has an RTP rate of 96%. This rate is higher than the current average in the market.

What is the Beach Slot Variance?

Beach Slot is a game with medium variance. The variance promises players that regular wins are consistently awarded.

Adding a progressive jackpot can make the game more popular. The special features are also very helpful and pleasing. Beach Slot is a game worth riding the wave for.