Coins of Egypt Slots is a 5-reel video slot game with 20 paylines and an ancient Egyptian theme. Made by NetEnt, this low variance casino game has an RTP of 96%. Use bonus features like Golden Scarab Wild, Gold Scatter, Ruby Eagle, Emerald Snake, & Gold Cat Free Spins to nab the £3,000 jackpot!

Are you ready to find a treasure worthy of a pharaoh?

Pile up your wins when you discover how to play in this Coins of Egypt Slot Review.

From our research, we have created a list of the Best Coins of Egypt Slot Sites in January 2022:

About Coins of Egypt Slot Game

Coins of Egypt is a slot game with five reels and an amazing twenty paylines. The game has most of the extra features that its fellow contemporary slot games have. The screen is a flurry of activity to always keep the player engaged.

In Coins of Egypt, the player is a treasure-hunter who is taking risks to take home bigger prizes. Feast your eyes while adding more gold to your coin pouch as you play Coin of Egypt.

Coin of Egypt is a game with three-dimensional visual graphics. This Egyptian themed game is set against a background of stormy purple-red skies. The tall trees in the background sway with the wind as if to welcome the wrath of the gods. 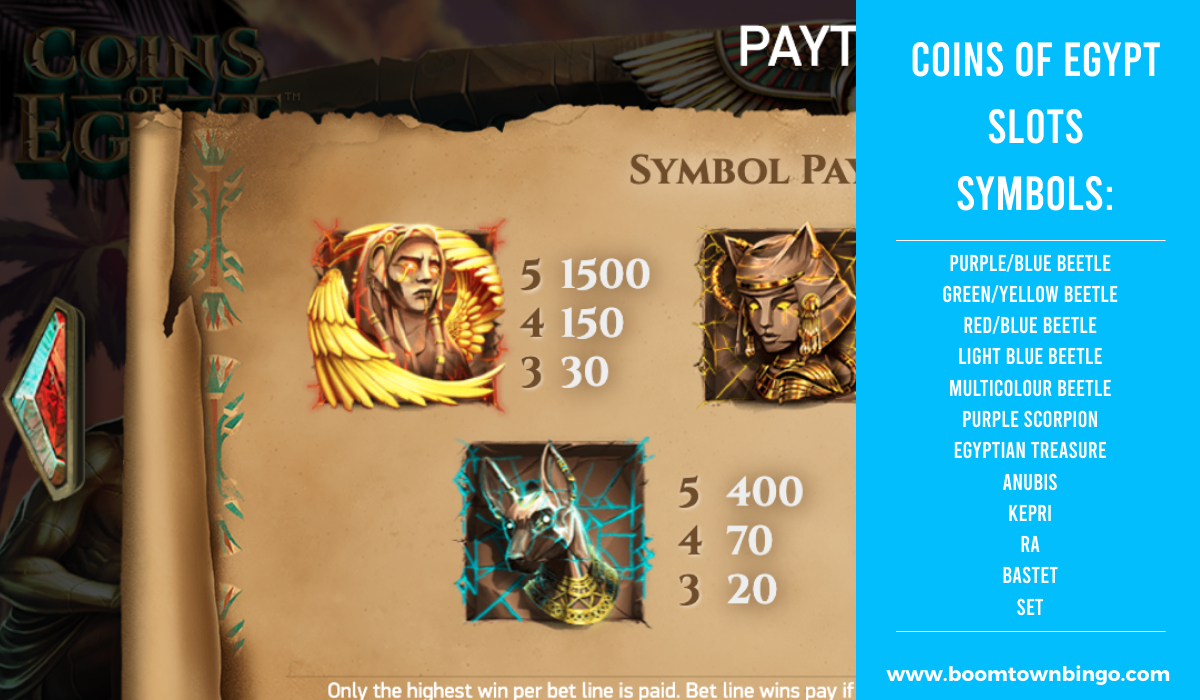 The symbols in the game are all Egyptian themed. There are scarab beetles, temples, and ancient Egyptian gods. The symbols are impressively designed and rendered; the bright colours that are unique for each symbol bring them to life.

Blue mystical lines show up whenever a winning payline is completed. In between landing a winning combination and spinning a reel, an intermission declaring the players win shows. An exciting tune plays in the background with the clicking of the reels.

If you love the Egyptian design and bonus of this game then you will want to know what we revealed in our full guide on the Best Egyptian Themed Slots.

How to Play Coins of Egypt Slot

To start playing Coins of Egypt slot, a player has to set the coin denomination for the spins.

Coins of Egypt Slot is optimized so you can play it in any mobile devices, both Android and Apple devices. It is compatible with different devices of various screen sizes. Players can access this slot game on desktop computers, mobile phones, and tablets.

The symbols in the Coin of Egypt are all Egyptian related. The low paying icons in this slot game are the scarabs with different gems. The scarabs also come in different sizes.

The higher paying symbols in the slot game are easy to distinguish because they are different gods. The only exception is the golden scorpion. 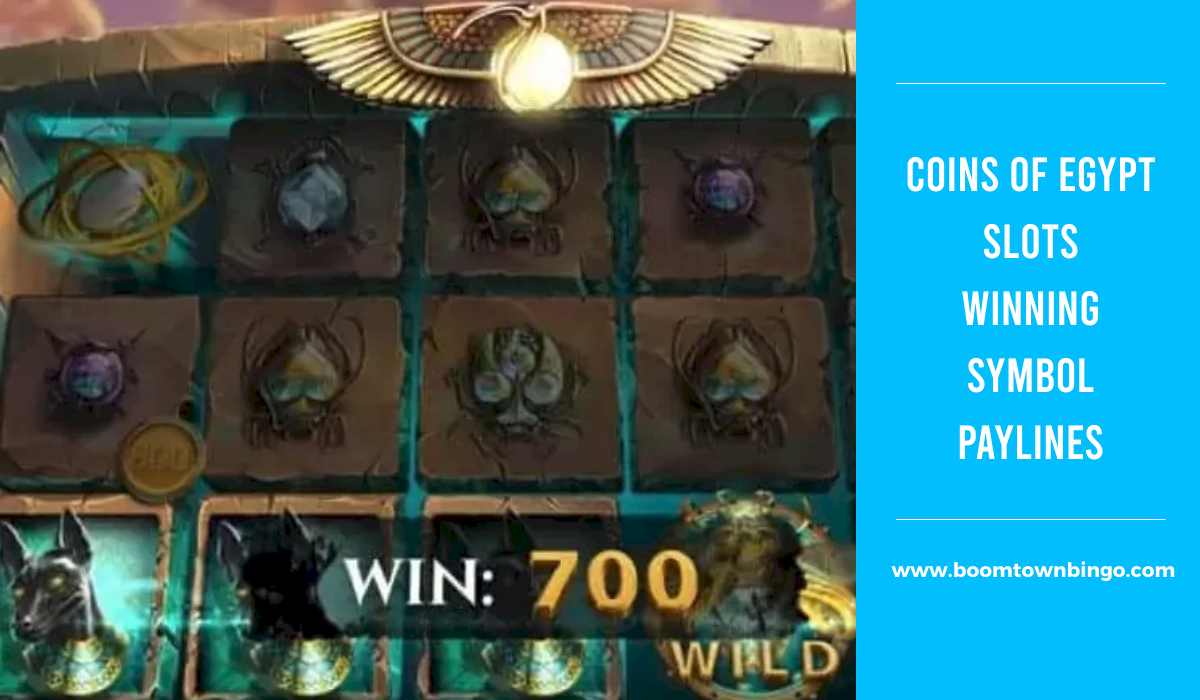 The god with the head as a dog is Anubis and the god with snake headdress is Wadjet. Then, there is Bastet, the cat-headed goddess, and Isis.

Landing a three-of-a-kind, four-of-a-kind, or five-of-a-kind combination of any of these symbols in the reels awards different prizes. Here is the pay rate of the symbols arranged from the lowest to highest paying icons.

As with other slot games, playing at the maximum stakes awards the higher prizes.

Coins of Egypt has a wild, a scatter, and a unique collect feature. The wild symbol of the online casino game is the Golden Beetle while the scatter of the game is a Golden Scatter symbol. The collect feature is a Golden Pharoah Mask symbol that only appears in the fifth reel.

The Golden Beetle wild can substitute for other symbols in the game to complete a winning combination. The symbol the wild cannot stand in for is the Golden Scatter.

Coins of Egypt is a video-based slot game developed by NetEnt. 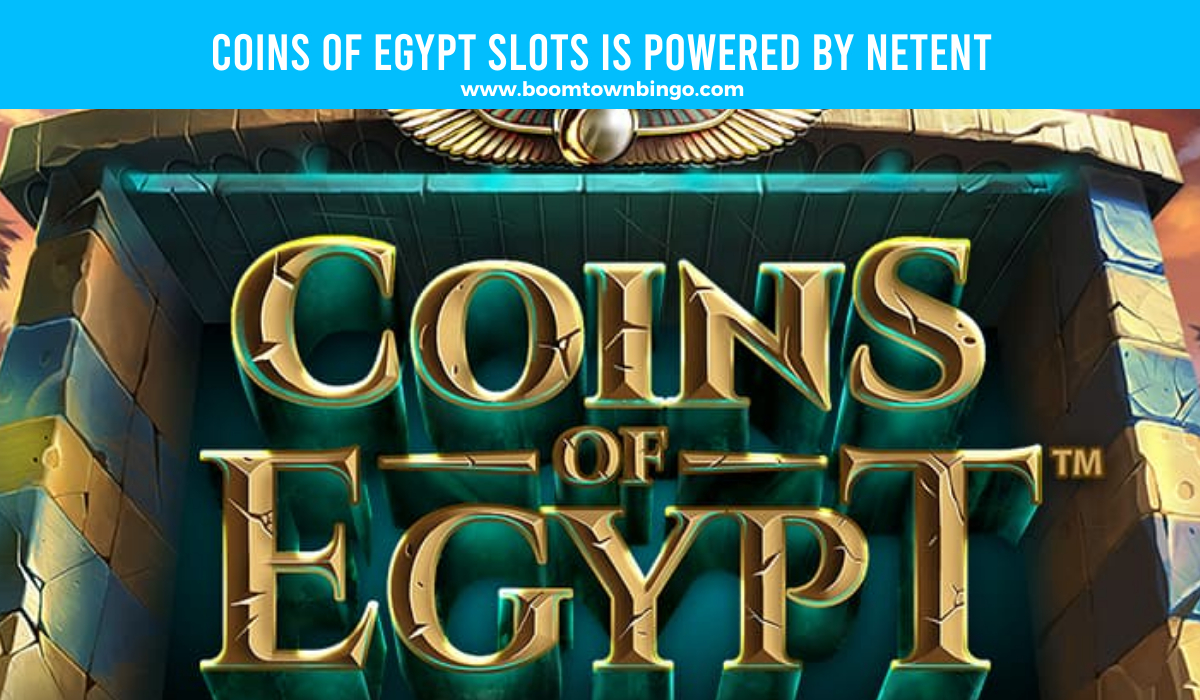 The game has straightforward gameplay. This something that is not expected from a game that looks so complex.

The value of the chest increases as a player earns wins during the free spin feature. Once one of the chests opens, the feature ends and the player can collect their winnings.

Coins of Egypt Slot has an RTP rate of 96%. This is above average for the majority slot games in the market. 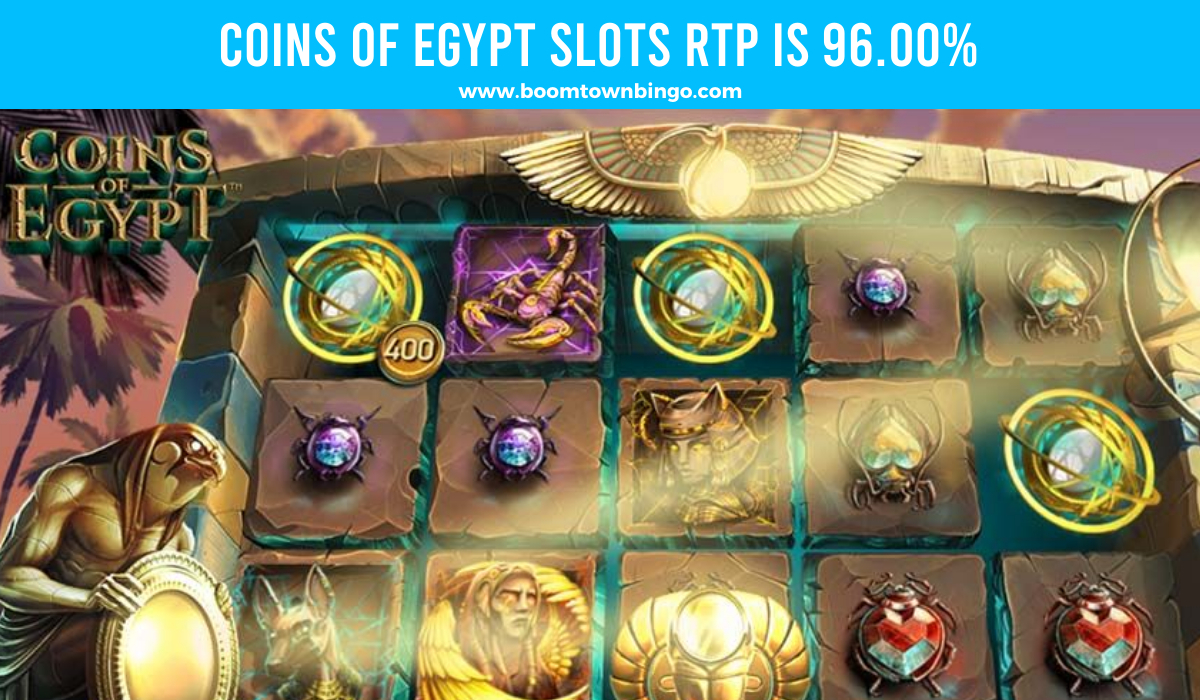 What are the Coins of Egypt Slot Variance?

Coins of Egypt Slot also has a low variance. This variance means that a player can win low-paying prizes even earlier in the game.

Coins of Egypt is an excellent game, possessing excellent graphic design and a suitable soundtrack. The interactive features are rewarding and can be enough reason to play Coins of Egypt again.

Adding a progressive jackpot to the game can widen its reach. All in all, Coins of Egypt will be a tried classic in no time.