Finn’s Golden Tavern guarantees an entertaining game for slots players with fun background music and crisp graphics while they spin the reels.

Finn’s Golden Tavern Slots is a 5-reel slot game with 10 paylines and 5 rows on each payline. This NetEnt powered, tavern-themed casino game has a £50000 jackpot at a 96.1% RTP and high variance, along with a Star Wild, Fist Slam Feature, Random Coin Feature, and a Finn’s Gold Free Spins.

Are you into some Irish reel adventure?

Then march on into the mysterious but fun interior of an Irish tavern and discover the amazing features waiting for you through this Finn’s Golden Tavern Slot Review for September 2021!

Get to know this slot game’s RTP and slot volatility while you are at it.

Play the game at the best casino sites. From our research, we have created a list of the Finn’s Golden Tavern Slot Sites and casino sites in September 2021:

Finn’s Golden Tavern is a video slot game from Net Entertainment with a cartoon theme inspired by the luck of the Irish.

It comes with five reels, five rows and ten paylines.

When it comes to graphics design, the Ireland-inspired theme of Finn’s Golden Tavern is obvious once players start playing the game.

The game takes place inside Finn’s tavern where players will see a leprechaun waiting with an ale and a treasure hunt plan.

The 5×5 grid is set against a treasure map having a centre marked with an “X”.

All of these symbols are accompanied by treasure hunt paraphernalia such as a compass, a candle, and whatnot.

Finn’s Golden Tavern reels follow a spiral pattern starting at the bottom left corner of the reels and ending in the centre position.

A slow-paced Irish melody is being played constantly.

Additionally, players will hear Finn waking them up when the reels are idle.

Players can also play Finn’s Golden Tavern with the maximum bet available by clicking on the “Max Bet” button.

This option spins the reels of Finn’s Golden Tavern automatically. 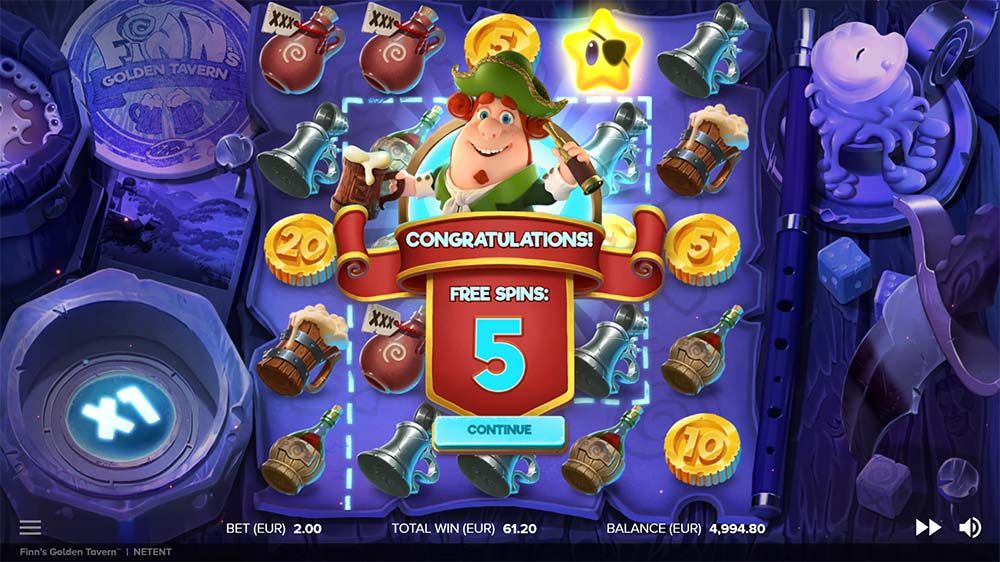 The Wild is a special symbol in the game which is represented by a twinkly little star that looks as if it had too much ale and got into a fight inside Finn’s tavern.

It can replace all other coin symbols on the board.

This is another feature that is randomly triggered when losing a spin during the base game.

With this feature, the players’ coins get moved to form a winning combination.

Several coin symbols with different values then appear, and these will transform low-value symbols into shiny gold coins.

Finn’s Golden Tavern Free Spins is a special feature in the game wherein the main goal is to move the chest symbol to the centre of the reels.

Doing so awards the players 5 Free Spins and turns the compass into a multiplier meter. 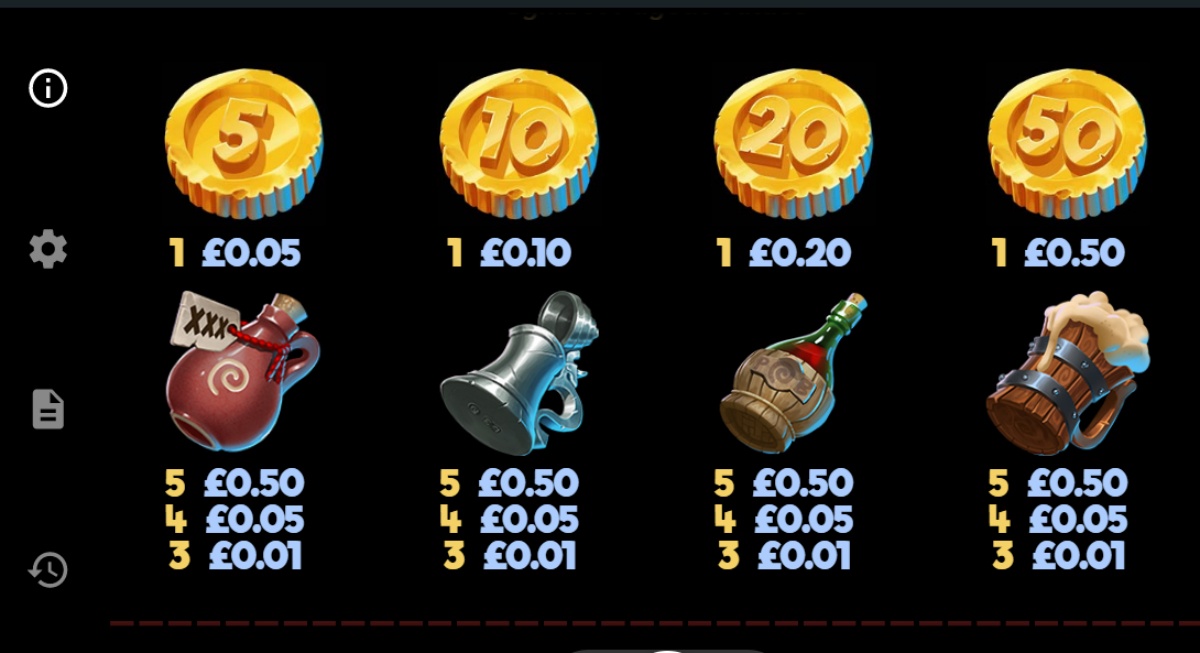 Meanwhile, the highest payout is 1,000 coins multiplied by the betting level.

The company used to be an offline casino operator in Sweden. It was launched in 1996 and has been a world-known gaming industry presence since.

With this payout percentage, there is a theoretical return of 96.1 coins for a wager of 100 coins.

Finn’s Golden Tavern has a medium to a high level of volatility.

This means that the chances of winning may be on the low to moderate side.

However, high volatility also means that the prizes offered are high!

Given its RTP rate which is considered to be above-average RTP rate along with its number of special symbols and bonus rounds, expect to get a fun time playing Finn’s Golden Tavern!

If you are up for a gratifying trip through the colourful world of the Leprechaun Land, do head over to the online casino slot sites in this Finn’s Golden Tavern Slots Review for September 2021.