Peek into the land where precious jewels abound in hope of bringing home the big wins. Will you be lucky enough to hold these jewels in your hands?

Jewel Strike Slots is a 5-reel, 10 payline, online video slot game, powered by Blueprint Gaming. The Classic Jewel themed casino game has an RTP of 96.97% and a medium variance. Bonus features, like Epic Spins, the Jewel Strike Jackpot and the Colossal Reels, can help you win up to 125,000 coins!

Learn how to land the jackpot with the Epic Spins Feature, Colossal Reels, and more in this Jewel Strike Slot Review.

Want to find out about sites that offer Jewel Strike in May 2022?

From our research, we have created a list of the best Jewel Strike sites:

Jewel Strike Slot is a game with a jewel theme. The story of the game revolves around various precious stones.

Jewel Strike Slot is a video-based slot-type game. The game has 5 reels and up to 3 lines for each of the reels. It was released on the 15th of September, 2015.

The game is set over a deep red background. It is accompanied by an enchanting music with cute soundeffects. The colour schemes in the game are in bright and shiny shades of blue, green, yellow, red, and purple.

The game has a very immersive storytelling. The visual and audio graphics of the game sets the mood and the scene of the gameplay right away.

The symbols that form winning combinations are also highlighted. The transitions and animations in the game are smooth. The different visual elements in the game complete the ambiance.

To start playing the Jewel Strike Slot, a player has to set up the game.

The Jewel Strike Slot is fully optimized to be accessible on different platforms. The game is playable on a desktop computer, on tablets, and on mobile phones. It is compatible with both Apple and Android devices. 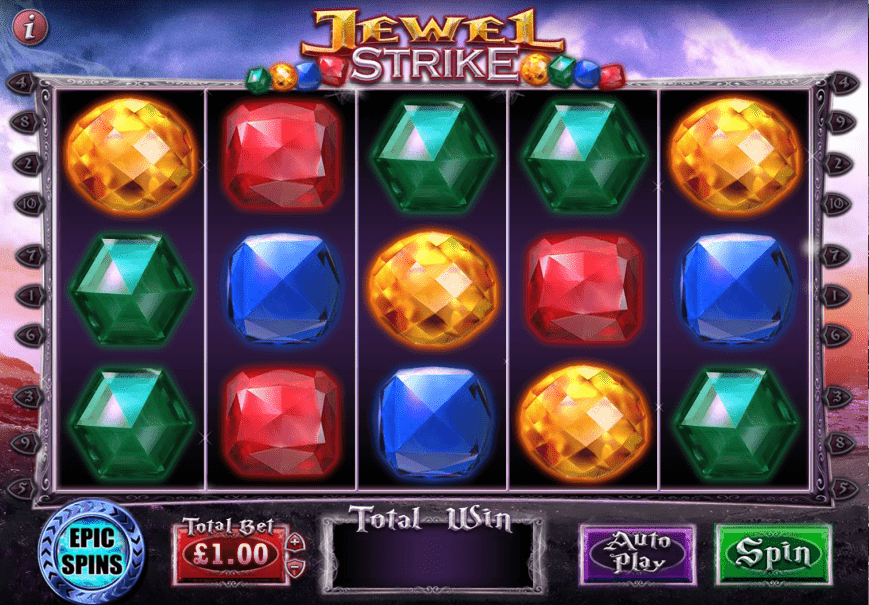 The low paying symbols in the game are traditional royal playing card symbols. This includes the 10, Jack, and Queen. It also includes the King and the Ace.

The average paying symbols in the game are jewels with different cuts. This includes the deep green emerald jewel and the blue sapphire jewel.

The high paying symbols in the game includes the red ruby jewel. The highest paying symbol is the yellow citrine jewel.

Jewel Strike Slot does not have a bonus spin round.

To win at Jewel Strike Slot, a player has to line up at least 3 matching symbols across an active payline. Only the highest paying winning combination across a payline is paid. 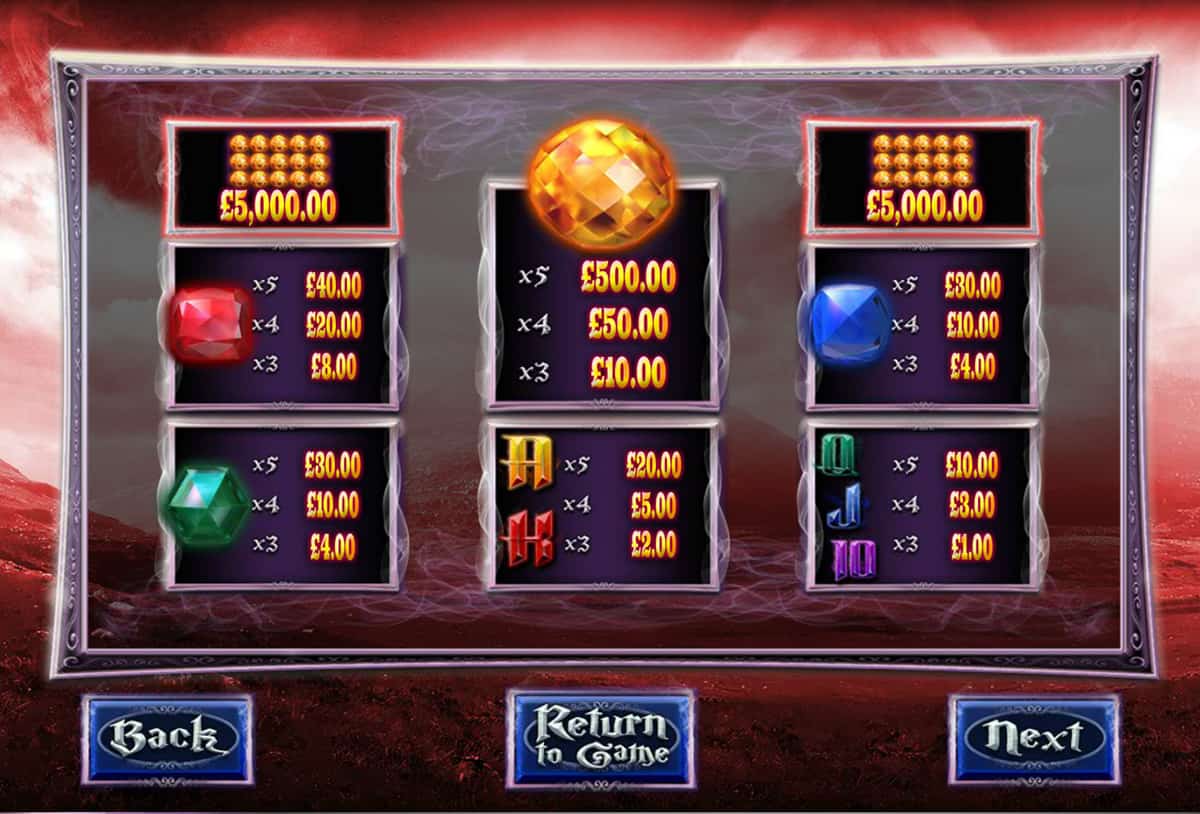 A player has up to 10 ways to win in Jewel Strike Slot on every spin.

Blueprint is based in Newark in the UK. Blueprint was able to secure a license to operate in Alderney, one of the testings with the highest standards.

What i the Jewel Strike Slot RTP?

This rate estimates the gains that a player may expect whenever they play Jewel Strike Slot. It promises that for every 100 pounds placed as bet, the player may win back at least 96.97 pounds.

What is the Jewel Strike Slot Variance?

The Jewel Strike Slot is a game with a medium variance range. This variance range predicts that average wins are regularly awarded throughout the game. Playing the game longer means having more chances to land bigger jackpots.

Jewel Strike Slot is a fun and new take on the classic jewel slot game. The most notable features in the game are the colossal reel feature and the Epic Spin feature. The simple gameplay is perfect for players who prefer the classic gaming experience.

Adding a wild symbol, a scatter symbol, a bonus free spins round, and a progressive jackpot may increase interest in the game. All things considered, Jewel Strike Slot is a game that awards precious wins.

Here is a list of the most popular Blueprint Gaming games online players love to play in May 2022:

This is a shortlist of the most popular games available from Blueprint Gaming Ltd and does not mean the best in the online gamers reviews.