One symbol can sometimes mean the difference between winning the jackpot and walking away with nothing.

The Reel Respin feature is an additional bonus on slot games that allows you to spin any reel independently, giving you a second chance you need to land a winning combination. It allows you to fix a promising spin a second time, this can be wager-free or can be paid for.

If you’re not familiar with Reel Respins, read this review to learn more.

How Does Reel Respins Work?

You first choose your stake size to play a video slot and then press the Spin button to spin all five reels. Games with the Respin Feature have slightly different gameplay. Before you begin playing on the specified slot, you will be offered Reel Respins as a wager.

Reel respins work by allowing slot players to spin single reels, this is a bonus option that can be paid for when a player marginally misses out on a winning combination. For example, if only one symbol is needed to complete a win, then a reel respin could be the difference.

You may find the Respin icon and the price for each additional spin beneath each reel. You can also examine the cost by hovering your mouse over the button of the selected reel, which is always shown in credits.

What’s fantastic about this feature is that it provides a more skill-based user experience by requiring the player to make their own decisions about which reels to respin.

Are There Different Types of Respin Bonuses?

The Hold and Respin structure is used in most respin features, in which a certain symbol or reel is held while the other symbols and/or reels are respun multiple times. The position of the symbols on the reels, how they are held, and the number of respins awarded determine the variances in online slot respins.

The player needs to gather as many triggering symbols as possible because each one will be assigned a prize at the end of the respins feature. Each extra triggering symbol is retained for a short period of time before resetting the counter to three respins.

Meanwhile, symbols of the same type are held in other games. They’ll keep spinning as long as you keep becoming better by landing symbols of the same sort. Three sets of respins occur once the triggering symbols are held, converted into another symbol, and then held again. If a wild symbol appears on any other reels, the respins will be reset to three.

Is it better to stop the reels on a slot machine?

Stopping a slot machine has no bearing on the outcome of a spin. It makes no difference when you stop the reels at the right time or not.

How do you win at reel slots?

There are various methods to take advantage of the Reel Re-spin feature to win at reel slots. Some gamers choose to spin each reel until they achieve the desired winning combination, such as five of a kind with the highest-value symbol.

You can also utilize this function to spin in the two extra scatters required to activate the bonus round. Remember that your last third respin will cost you a lot of money in this situation.

What are reels in slots?

The horizontal columns of video slots where all the symbols are located are referred to as reels. The reels begin spinning when you pull the reel or press the Spin button.

How many symbols are there on a slot reel?

How are reel respins Triggered?

Online slot reel respins usually trigger when several symbols appear on reels 1, 3 or 5, giving you the second chances you need by holding the other four reels in place.

How do I know if an online slot has a respins bonus?

Online slots are frequently the high points of the game, with players being encouraged to connect. This appears during the course of an online game. Learn more about the bonuses in your favourite casinos’ slot’s paytable.

So far, Microgaming appears to be the industry’s forerunner in this innovation. The Reel Respins feature is common in their All Ways structured slots, which don’t have a traditional pay-line layout. Below are descriptions of a few of these online video slots. 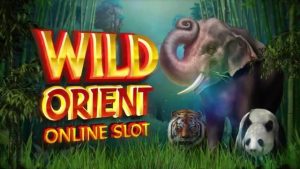 Wild Orient is a 5×3-reel slot with an Asian theme set in a verdant bamboo forest.

This game has 243 chances to win, and not only can you pick which individual reels to spin, but it also has a lucrative free spins round. When three or more elephant scatters appear on the reels, you are rewarded 15 free spins, which can be retriggered, and all of your winnings are tripled at the end of the bonus round.

Read the full Wild Orient Slot Review and use our guide. 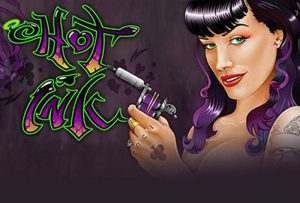 In addition to the Single Reel Respin feature, the slot has a Tattoo Bonus that three or more Tattoo Bonus symbols can trigger. Then the game will transport you to the feature page, where you’ll have to click an album to uncover a set of tattoos and win a gift. You’ll get 10 free spins if all three tattoos you choose are part of a set.

For the inside scoop on how to land the biggest tattoo symbols and huge wins, read our Hot Ink Slot Review, where we discuss the RTP, software and bonus features. 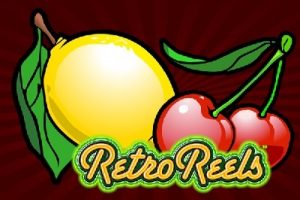 Retro Reels is different from the other two video slots in that it is themed after a classic fruit machine and contains several bars, sevens, plums, cherries, lemons, and dollar signs. The free spins feature is triggered in this game when two or more scatter symbols appear in any position.

Why do providers build games with respins?

The Reel Respins function is a means for the makers to give players another chance. We’ve all experienced the disappointment of missing out on a large payment due to a single symbol. So, thanks to the respins slots, players now have a second shot at winning.

The video slots featuring this function do not differ in their gameplay. You’ll still have to place your bets, spin the reels, and, if you grow bored, use the Autoplay mode. The difference, however, occurs after the first rotation. At the bottom of each reel is a small Respin button which you can use to respin that reel and hope for a win.

Should I respin or not?

Reel respins have variable pricing depending on the other symbols on the payline; the higher your chances of completing a winning combination, the more expensive it is. Apart from the fact that each respin might be quite costly on some reels, choosing Autoplay mode will prevent you from taking advantage of this unique feature, as the reels will spin continually for a predetermined number.

You will only be able to respin an individual reel after Autoplay has finished. The respin feature is not available during the bonus round, which is a significant disadvantage. When the special feature ends, it will become available to you.

This feature is usually used by highly volatile slots and is targeted at high-roller gamblers. It’s vital to note that only wins involving the respun reels are paid out during a respin, but these have big win potential.

How are reel respins Triggered?

Online slot reel respins usually trigger when several symbols appear on reels 1, 3 or 5, giving you the second chances you need by holding the other four reels in place.

How do I know if an online slot has a respins bonus?

Online slots are frequently the high points of the game, with players being encouraged to connect. This appears during the course of an online game. Learn more about the bonuses in your favourite casinos’ slot’s paytable.