Poker is a game that comes in many different variations. Most have different rules than the other, meaning a completely different game to learn each time. The type of poker played will involve changes such as the number of rounds and the value of the hands.

Listed below are the most common variations of Poker along with a brief of what each involves. Some of these may look daunting but with practice, you will pick them up in no time. You can play these using online poker sites or with your friends at home. There is sure to be something that you will enjoy if you visit the poker rooms.

Here is the list of the most popular variations of poker games to play.

Take a look below to find more details about these different types of poker.

In the Draw Poker game, you are given a set of cards that you have to keep hidden from other players. The aim of the game is to improve the set of cards you have and make them better than your opponents. 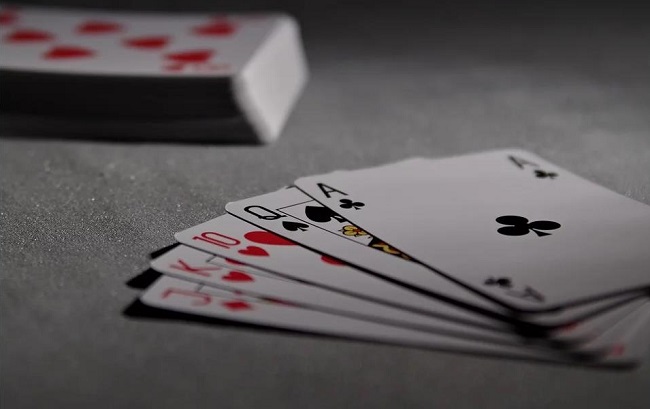 Draw Poker can be played with as little as 2 players or as much as 8 at a time. Once all players have placed their bet then the next step will be the dealer giving you your hole cards, these are the cards that you keep to yourself and don’t let anybody else see.

Players will have chosen a set number of cards that you can dispose of from your hand at the beginning. You may discard any cards that you don’t want any more, into the middle.

After disposing of your cards, you will be dealt new cards depending on how many you put down, so if you got rid of 2 cards, you will be given 2 new ones. You now have the chance of folding, raising, betting or calling. Whoever has the best cards is the winner.

5-Card Draw is one of the first variations of poker that most people learn, it comes in 2 variations of playing, blinds and ante. It is the most simple and easy to understand for beginners and is the same as playing Draw Poker but with a set number of cards dealt at the start.

The Ante variety of the game is the most common, all players must place their bets before any cards are given out.

The game then starts by the dealer giving each player 5 cards which they must keep to themselves, each player then takes it in turn to discard a maximum of 3 cards they no longer want. You will be given new cards depending on how many cards you discarded and the player with the best cards wins.

Texas Hold ‘em is a popular pick among serious players. It is focused on betting just as much as it is on the cards you are given. The main objective of Texas Hold ’em Poker is to have the most amount of chips at the end of the game as possible. Learn more about the value of the chips here.

The dealer hands out 3 cards which you keep facing up on the table and then 2 cards which are facing towards the table, this happens every round. A game consists of between 1 and 4 betting rounds and it finishes either when the last round of betting is done or if there is one remaining player that has not yet folded.

Stud Poker is very different from the most common types of poker such as Omaha and Texas Hold ‘em. The dealer will give you either 5 or 7 cards depending on the game you want to play, this includes both face-down and face-up cards.

In Stud Poker you will most likely change the order in which you bet multiple times. The game involves no communal cards at all unlike most varieties of Poker.

5-Card Stud Poker has been around since the American Civil War, making it one of the oldest variations of Poker. The game consists of 4 betting rounds and players must place their bets before the game begins. The dealer will give out 2 cards to each person, this includes one that should be kept face-down and one which should be kept face-up.

You then start the first round of betting and once finished, the dealer will hand out another face-down card to each player, this continues until the 5th round and is finished off with a last round of betting.

This variation of poker is split into 4 stages, the setup, the bring, the betting rounds and the showdown and it is typically played either Hi/Lo, meaning the winner has to share their win with the person with the lowest cards or High, where whoever has the highest cards is the winner.

It can be played with up to 8 players but this includes a chance of there not being enough cards to hand out at the end. If this happens the dealer has to turn a community card, this allows all players to use it. The winner is whoever has the best cards at the end.

Another very popular variation of Poker is Omaha, it typically is only played using high hands although can be played using a split of high-low with low cards also. Omaha is a very similar variation of poker to Texas Hold ‘em with the only difference being that the dealer hands you 4 cards that are facing down rather than 2.

To win Omaha, you are only able to assemble the best hand by using a maximum of 2 cards.

Community poker involves the dealer placing 3 cards in the centre of the table either in a line or in a pattern, these are called community cards (Also known as the board) and they are shared with all players, meaning they can use them with their own personal hand.

The end of a game all players will have 2 cards of their own and the 5 community cards on the table, they must use these to produce the winning hand, with the highest hand winning. The most common games of Poker that can be considered Community are Omaha and Texas Hold ‘em.

This game variation is more suited for the players that have experience with multiple types of poker. It involves multiple variations of poker in one game, with every round being changed to a new variation.

If you are looking for a challenge then this is certainly one for you to check out and new players should stick to the more commonly played variations until they have the experience necessary.

Feel free to give some of these variations of poker a try the next time you play!