Get to know the famous TV Series Vikings through Vikings slots!

The Vikings slot was developed and released in 2018 by Net Entertainment.

The Vikings slot has a Hotspot feature, Shield Wall feature, and Raid Spins, along with a game screen that resembles a seashore where the Vikings seem to have just landed proceed on their raids.

Vikings Slots is a 5-reel, 243 payline online video slot game, with a Viking theme. This high variance casino game has an RTP of 96.05% and you can expect to find Floki, Bjorn, Lagertha and Ragnor symbols. Bonus features include the Shield wall, Raid spins and Hotspot.

You can read more about Vikings slot’s features, RTP, and slot variance in this Vikings Slot Review for September 2021.

Play the game at the best casino sites. From our research, we have created a list of the Vikings Slot Sites and casino sites in September 2021:

It has a fantasy theme inspired by Norse mythology.

Like the hit TV series, this video slot follows Ragnar and Lagertha as they travel through medieval Scandinavia.

The Vikings slot takes players first to a background depicting a seashore where the Vikings just landed.

The transparent reels are set against their battleship, which is seen moored just off the coast.

The scene then changes and shows a burned field in the aftermath of a battle which the Vikings have won, as indicated by the Viking banner standing on the left window.

The symbols include the classic 9, 10, J, Q, K and A card symbols and symbols depicting Ragnar, Lagertha and a V.

The background audio includes noises of a battle, cries of two Vikings, and the sound of arrows hitting metal shields. 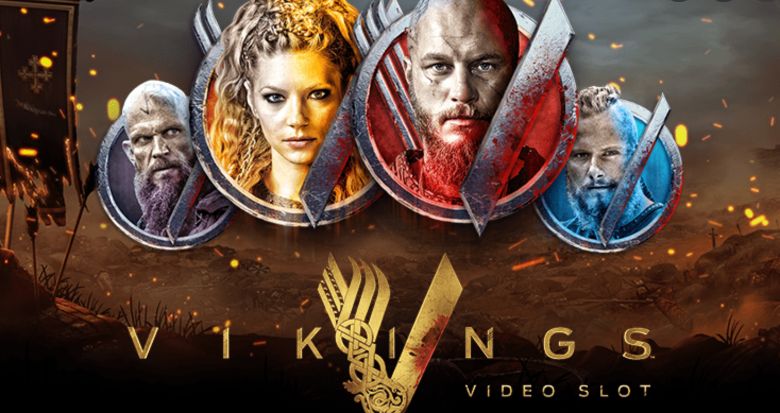 How to Play Vikings Slots Online

Players can also play with the maximum bet available in Vikings slots by clicking on the MAX BET button.

The Vikings slot is fully optimized for mobile play on iPhones, iPads, Android phones, and tablets.

The Vikings slot offers special features, including the following:

This special feature will be activated when one of the fully stacked Viking symbols of Floki, Bjorn, Lagertha and Ragnor land in a Hotspot on the third reel.

Upon activation, this feature turns all the other Viking symbols into the symbol that triggered the feature.

Players can randomly trigger this special feature during the base game, and the Raids Spins feature.

Players will know that this feature is activated when a cluster of mystery symbols form in any reels’ random area.

The Vikings slot mystery symbols will then transform into one of the symbols in the paytable.

This round will open the game’s maximum potential, and seven reels, five rows, and 78,125 paylines will replace the game screen.

Seven Raid Spins will be awarded, and three Hotspots will appear on the third, fourth and fifth reels.

Like in the Hotspot feature, landing fully-stacked Viking symbols on at least one of the three Hotspots will transform all the other symbols into the Viking symbol that triggered the feature.

The Vikings slot does not have a Free Spins feature.

Vikings slots players may also bet up to 100 coins per spin by adjusting the control panel’s bet settings.

The Vikings slot game boasts a maximum possible payout worth a whopping 200,000 coins. 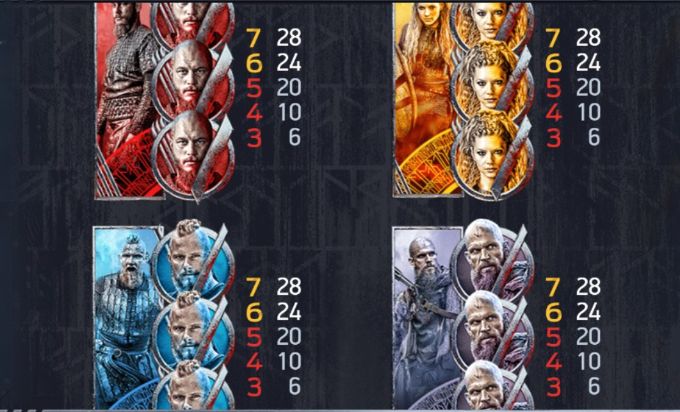 Vikings slot is powered by NetEnt.

Net Entertainment has been pioneering the iGaming industry for over 20 years.

This payout percentage for the Vikings slot means it has a theoretical return of £96.05 if players were to wager £100.

The Vikings slot game has medium to high-level volatility.

Join Ragnar and Lagertha along with the other Vikings in their quest through the Vikings slots!

Head over to the Vikings slot sites listed in this Vikings Slots Review for September 2021 to experience the game’s Hotspot feature, Shield Wall feature, and Raid Spins!