Find yourself in a robot lab and begin building the ultimate robot assistant. Will the robots you built award you with big wins in January 2022?

Wild-O-Tron 3000 Slots is a 5-reel slot game with an outer space theme. Powered by Net Ent, this casino game comes with a Wild-O-Tron Feature and a Wild-O-Tron Wild. The game has 7 different coloured robots. When you strike 5 on the reels, the red robot pays out the most, up to 300 coins.

Learn how to plug into the excitement filled with wild symbols and bonus features in this Wild-O-Tron 3000 Slot Review.

From our research, we have created a list of the Best Wild-O-Tron 3000 Slot Sites in January 2022:

The game has a couple of special features that can help a player win bigger prizes. The highest jackpot in the game is 300 coins.

Wild-O-Tron is a science-fiction game set inside a building facility for a robot lab. Electrical wires hang from the ceilings while a hi-tech computer is in the corner. The paylines are represented by small blue dots on either side of the reels.

The control panel is at the bottom of the screen. All necessary buttons and important information needed to play the game are on the panel.

The symbols of the game are the different robot cyborgs that the player can build. A techno soundtrack plays in the background with the occasional crackle of electricity. 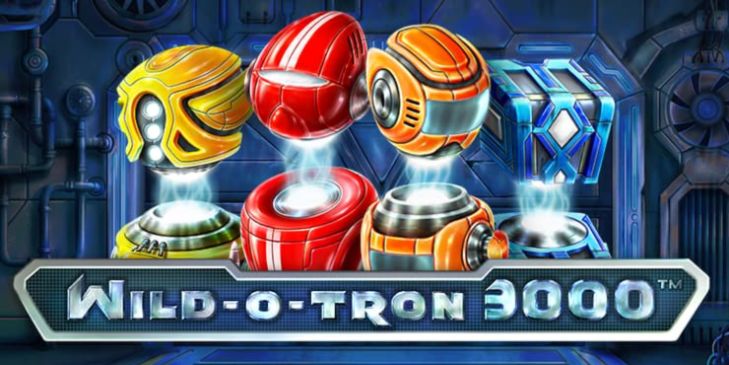 How to Play Wild-O-Tron 3000 Slot Online

Before building robots, there are several things a player has to prepare. These are the Wild-O-Tron 3000 Slot coin value and the bet levels.

The Bet Max button automatically sets the game at the highest possible stakes.

Wild-O-Tron Slot is optimized to be playable in tablets and mobile phones. Wild-O-Tron 3000 Slot is compatible with both Apple and Android devices.

Wild-O-Tron Slot gives its players a couple of special features that can help a player win more prizes.

Wild-o-Tron 3000 Slot gives its players a bonus spin round.

To win at Wild-O-Tron 3000, a player has to line up at least three or more matching symbols across an active payline. A symbol combination has to formed from the leftmost reel to the rightmost reel to be a win. The combination with the highest win will be paid.

The symbols in the game are robot overlays. Each overlay is made up of three tiles: the head, the torso, and the feet.

Wild-O-Tron 3000 is a video-based slot game powered by the gaming company NetEnt. The game runs on HTML5 software.

Wild-O-Tron 3000 is on the Instant Play format. This format allows a player to access the game immediately on the host website.

Wild-O-Tron 3000 has an RTP rate of 96.01%. This is slightly higher than the current rate average of slot games in the market.

Wild-o-Tron 3000 Slot har a medium variance game. The variance promises players that they can land regular wins consistently in the game.

Wild-O-Tron is a relatively simple game with straightforward features and basic gameplay. The audio and visual graphic execution is good; however, the game can benefit from other extra features to up the ante. Including a progressive jackpot can increase the popularity of the game in January 2022.