Put on your flip flops, sunglasses and enjoy the Hawaiian sun in this slot game.

Dazzle me Slots is a 5-reel video slot game with 76 paylines and a jewel theme. Powered by NetEnt, this low variance casino game has an RTP of 96% and a max payout of 794.6x. The bonus features include Shining Wild, Sparkly Scatter, Free Spins, and the Shimmering Bonus.

Protect your eyes from the brilliance that these precious stones shine upon you. Get your jewellery pouches ready for the fantastic wins you can bring home. Ready to win jackpots shining bright like sparkling gems?

Discover how to take advantage of the sparkling wilds, scatters, and free spins when you play the slot in this Dazzle Me Slot Review in January 2022.

From our research, we have created a list of the Best Dazzle Me Slot Sites in January 2022:

About Dazzle Me Slot Game

Dazzle Me Slot Game is a slot game with five reels. The reels of the game have three to five rows. The game has 76 paylines.

NetEnt released Dazzle Me Slot in 2015. It offers a player with a new game experience complete with bonus features and free spins. A player can win as high as 200 as a jackpot in the game.

Dazzle Me has a very bright and cherry graphic design. True to its name, the game can be very dazzling. It includes a wide range of jewels like emeralds, sapphires, rubies, and citrines.

The background of the whole game is a blurred scenery in a light blue colour with pink highlights—softened orbs of light litter the screen reels. The logo of the game is in the upper left corner of the game. 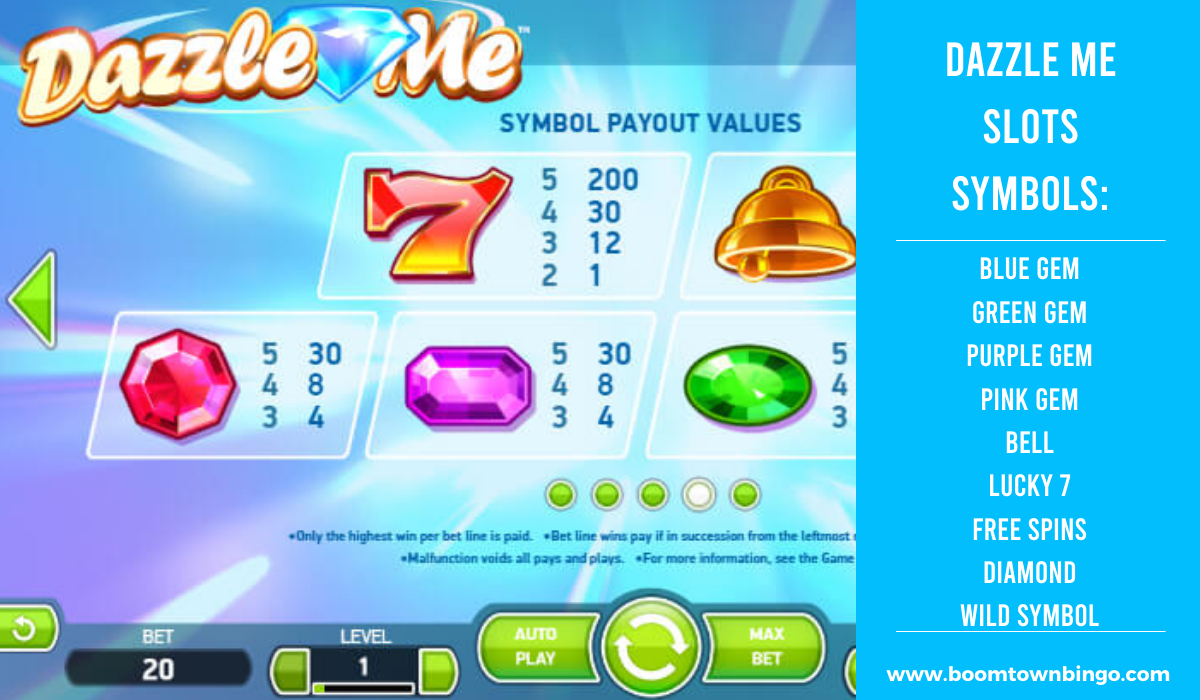 The first two reels have three rows. The third and fourth reels each have four rows. The last reel has five rows.

The reels have a gold border. The background of each reel is plain opaque white.

The control panel of the game is at the bottom of the screen. It displays the amount placed as the bet, the betting levels, and the coin value. It also shows the win per spin, and the total amount of coins won.

The Autoplay option and the Bet Max button are in the middle of the control panel. Between these two buttons, the player can find the round Spin button.

A funky pop soundtrack plays in the background while the reels are turning. A clicking sound indicates that the reels have landed.

Each time a winning symbol combination lands on the reels, the winning symbols will light up. While this happens, the amount won flashes in gold ina the middle of the screen.

Dazzle Me has many interactive features that a player can maximize to win big jackpots in the game. This game has a wild symbol; a scatter symbol, and a bonus round.

The symbols in Dazzle Me are a combination of precious stones and a couple of special symbols.

The low-paying symbols are the gems. The blue gem with three points is amethyst, and the green oval gem is emerald. The rectangular gem is a sapphire and the red gym is a ruby. 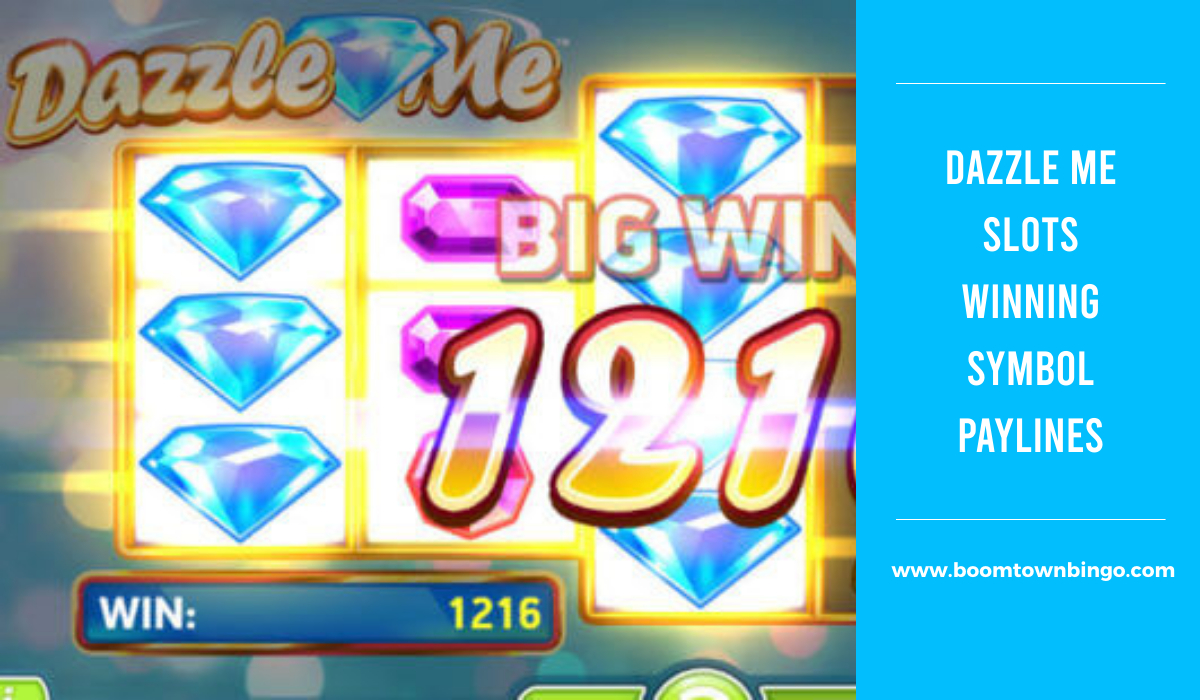 The two higher paying icons are the golden bell and the red 7.

Here are the amounts that each symbol pays. The symbols are arranged from the lowest-paying symbols to the highest paying symbol.

The diversity of the number of rows in the five reels increases the variance of the winning combinations in the game.

How to Play Dazzle Me Slot Online

The combination of the five reels, varying number of rows, and 76 paylines give players many chances to land a winning combination. Before starting the game, there are several things a player has to set up. These are the coin size and the betting level.

Dazzling Me is playable on any mobile device. The game is optimized to maintain the full game experience. Both Android and Apple devices support the game.

Dazzle Me is a video-based slot game powered by NetEnt. The developers from the company used HTML5 to produce the game. 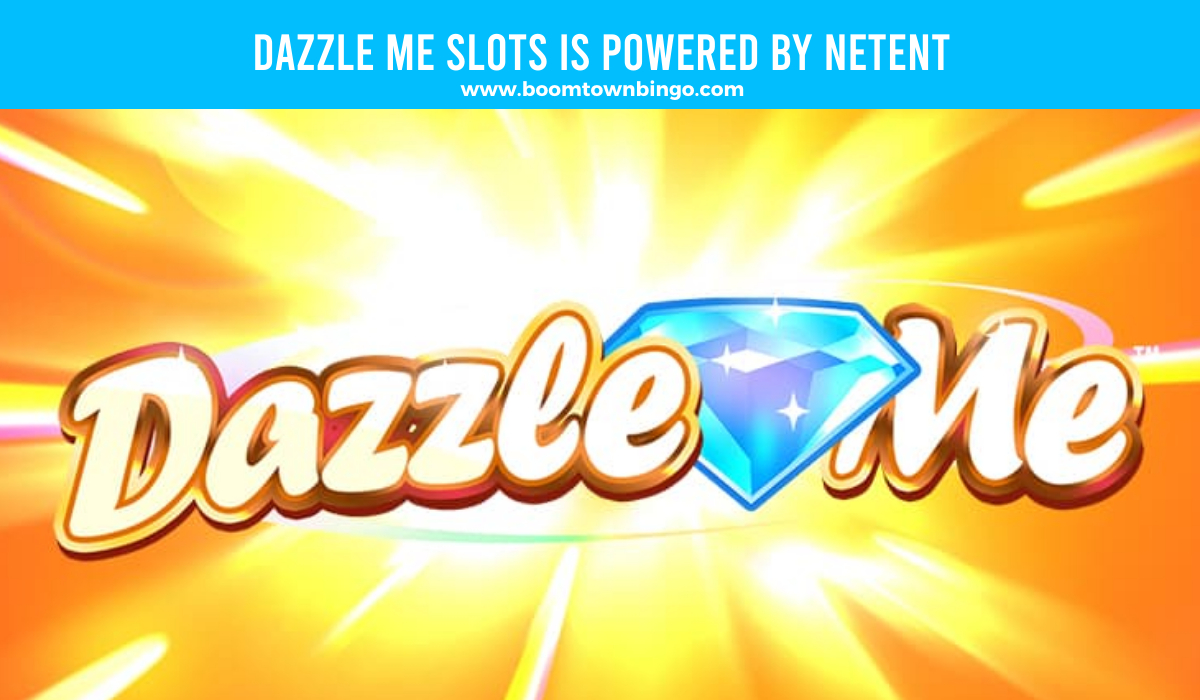 NetEnt develops all of its games in-house. They make sure that the games they release are user-friendly and they keep end-user experience in mind.

What Symbol Triggers the Dazzle Me Slot’s Bouns Free Spins?

What is Dazzling Me Slot’s RTP?

The RTP of Dazzling Me is 96%. This average rate assures a player a sufficient win return. 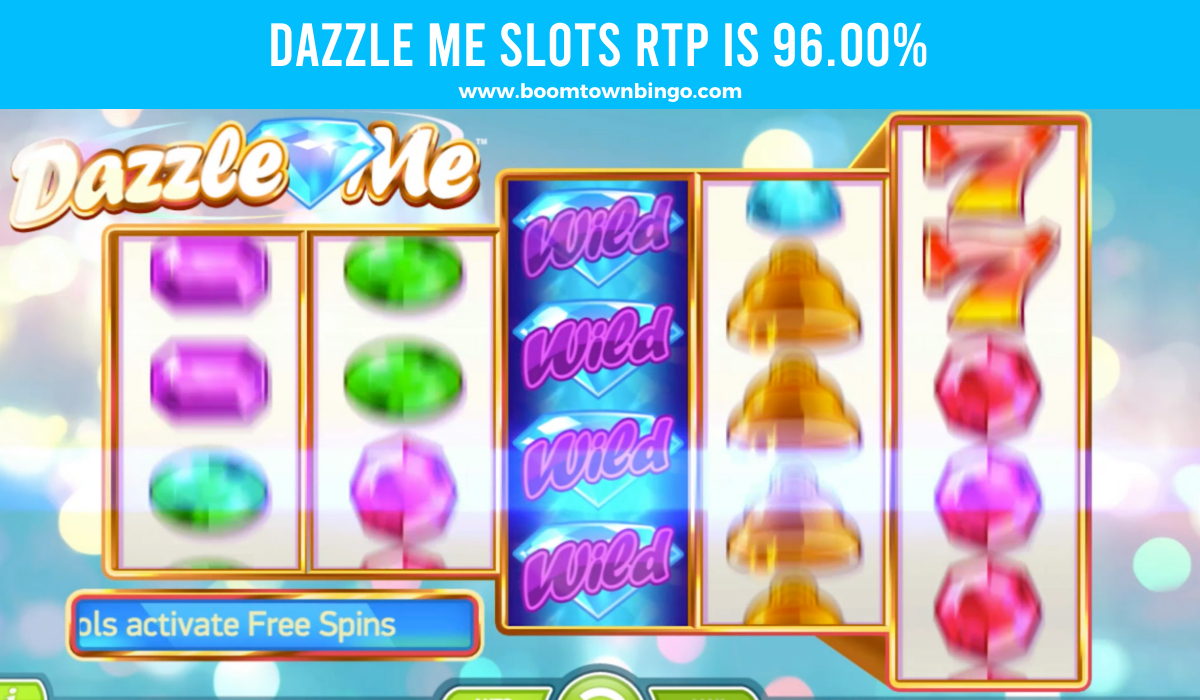 What is the Dazzling Me Slot Variance?

Dazzle Me Slot also has a low variance. This low variance means a player can expect low-payings wins to be awarded more often in the game.

Dazzling Me has a very simple theme that still sustains the player’s interest. The additional features of the game, especially the Dazzling Wilds, completely elevates the game.

Including a progressive jackpot will make the game more popular. Dazzling Me is a game that is worth trying in January 2022.