Are you into the magnificent elephants of the African Safari?

Stampede Slots is a 5-reel, 1,024 payline, online video slot game, powered by Betsoft. The high variance casino game has an RTP of 95.27% and an African Safari theme. Bonus features, like Stampede Wilds, Acacia Tree Scatters and the Gamble Feature, can help you win up to a maximum of 769,500 coins!

Play the game at the best casino sites. From our research, we have created a list of the Stampede Slot Sites and casino sites in November 2021:

Stampede is a 2017 video slot game from Betsoft.

It has a theme that features the natural beauty and dangers of the African Safari’s enormous beasts.

The Stampede slot takes players in the middle of a sprawling savannah. 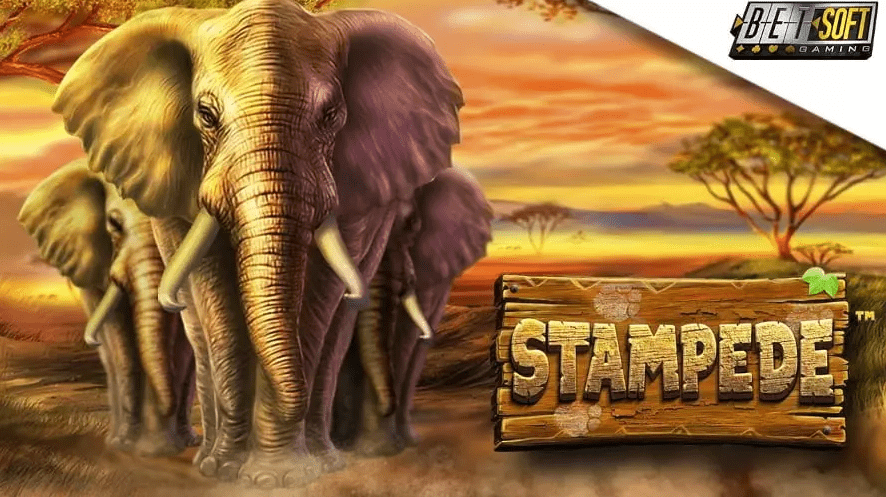 The reels have a fading light of sunset as background.

The overall feel of the game is fascinating, which backs up the game’s title.

The Stampede slot has five vertical reels and four rows that display symbols such as the classic card symbols written in neon-coloured lettering.

Players can see various wild animals such as leopards, giraffes, eagles and elephants adorning the reels.

How to Play Stampede Slots Online

Players can enjoy playing the Stampede slot on their computer since this slot is compatible with Mac, Windows, and Linux.

The Stampede slot offers special features, including the following:

This special symbol substitutes any Stampede slot symbols apart from the Scatter.

The Wild symbol can appear only on the second, third and fourth reels.

Additionally, the Wild symbol can appear during this game’s bonus feature and subject the player’s wins to a 2x or 3x multiplier. 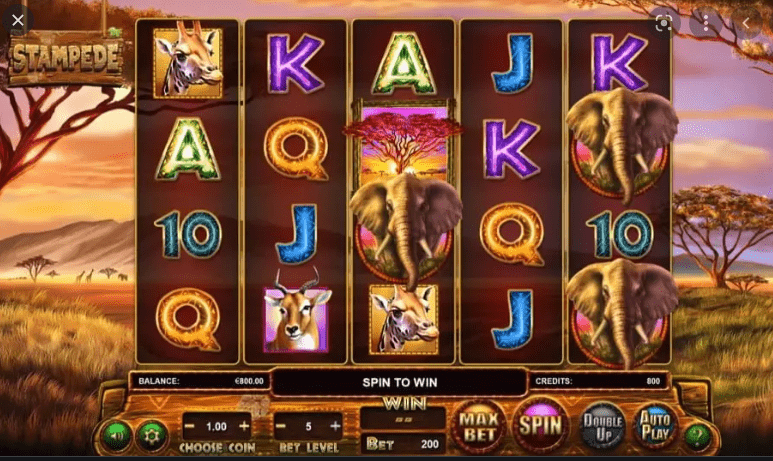 Landing at least three of these symbols can award extra spins.

The number of extra spins will depend on the number of Acacia tree icons the player lands.

This special feature will be activated randomly after any win during the base game.

But before activating, the player will get to choose between gambling his winnings or simply collecting them.

To gamble them, click on the DOUBLE UP button.

The player will then have to toss a coin and guess whether the outcome will be heads or tails.

A correct guess will double up the player’s current winnings.

Otherwise, the player will lose all his winnings.

Five Acacia symbols will award a total of 20 extra spins in addition to Scatter Wins.

The Stampede slot offers a total of 1024 paylines.

The bet level in the Stampede slots runs from 1 to 5.

This game boasts a maximum possible payout worth up to 769,500 in a single game. 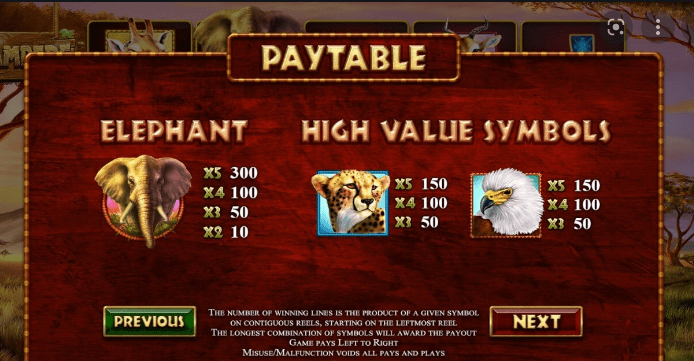 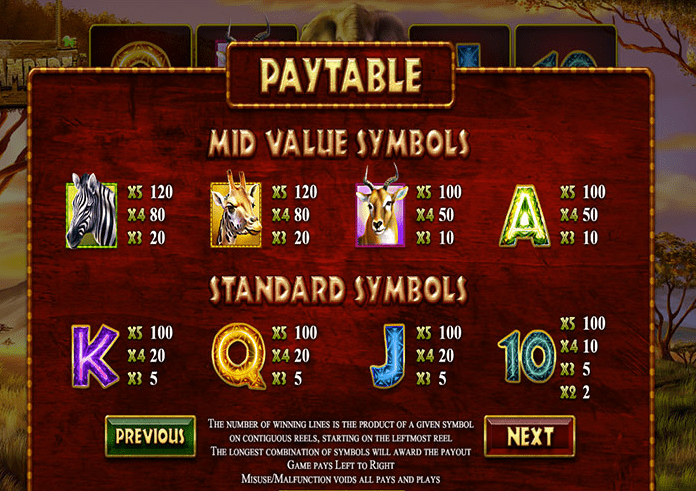 Players can achieve this payout by landing five mighty elephants in a row on a single payline.

The elephants are often stacked, which would give players higher chances of getting big prizes on several paylines simultaneously.

The Stampede slot is powered by Betsoft.

Players can access and enjoy Betsoft games across a wide variety of computers as well as mobile devices.

With this return-to-player rate, players can receive a payout worth £95.27 for every £100-wager through the Stampede slot.

The Stampede video slot game has a low level of volatility.

In this Stampede Slots Review for November 2021, we learn that the Stampede video slot has a Gamble feature that can double up a player’s winnings.

Aside from this feature, it also has a high RTP rate and frequent payouts.

Get on a reel adventure to the beautifully dangerous African Safari and experience Stampede slot’s Wilds, Scatters, Free Spins and other interesting features!