Create a unique fruit salad of wins with the different fruity rewards you can gain. Will your luck be enough to land you the cream of the crop in September 2021?

Plenty on Twenty Slots is a 5-reel, 20 payline, online video slot game, powered by Novomatic. This medium variance casino game has an RTP of 95.61% and a Cartoon theme. Bonus features, such as Red Seven Wilds, Star Scatters and the Stacked Symbol Bonus, can help you win up to £50,000 in real money!

Find out which harvest will give you plenty of wild symbols, scatter symbols, and stacks in this Plenty on Twenty Slot Review.

From our research, we have created a list of the Best Plenty on Twenty Slot Sites in September 2021:

About Plenty on Twenty Slot

Plenty on Twenty Slot is a game with five reels and three rows. It has a total of 20 activatable paylines. The game was initially released on the 15th of March 2014.

The game has several special features that can help a player earn higher rewards. The highest jackpot in the Plenty on Twenty Slot is 1000 coins.

Plenty on Twenty Slot has a classic game design. One distinguishing factor in the game is that the fruit symbols have faces and legs. The fruits wink at the player during certain moments in the game.

The game is set against a plain green background. The logo of the game is on top of the reels.

Numbered rectangles with different colours are on either side of the reels. These rectangles represent the paylines.

All the important details and necessary controls to play the Plenty on Twenty Slot are on the panel at the bottom part of the screen.

How to Play Plenty on Twenty Slot Online

To start plucking the winning fruits, the players have several things a player has to prepare. These Plenty on Twenty Slot elements are the paylines and the bet per line.

Plenty on Twenty Slot has several special features that can help a player win bigger prizes. 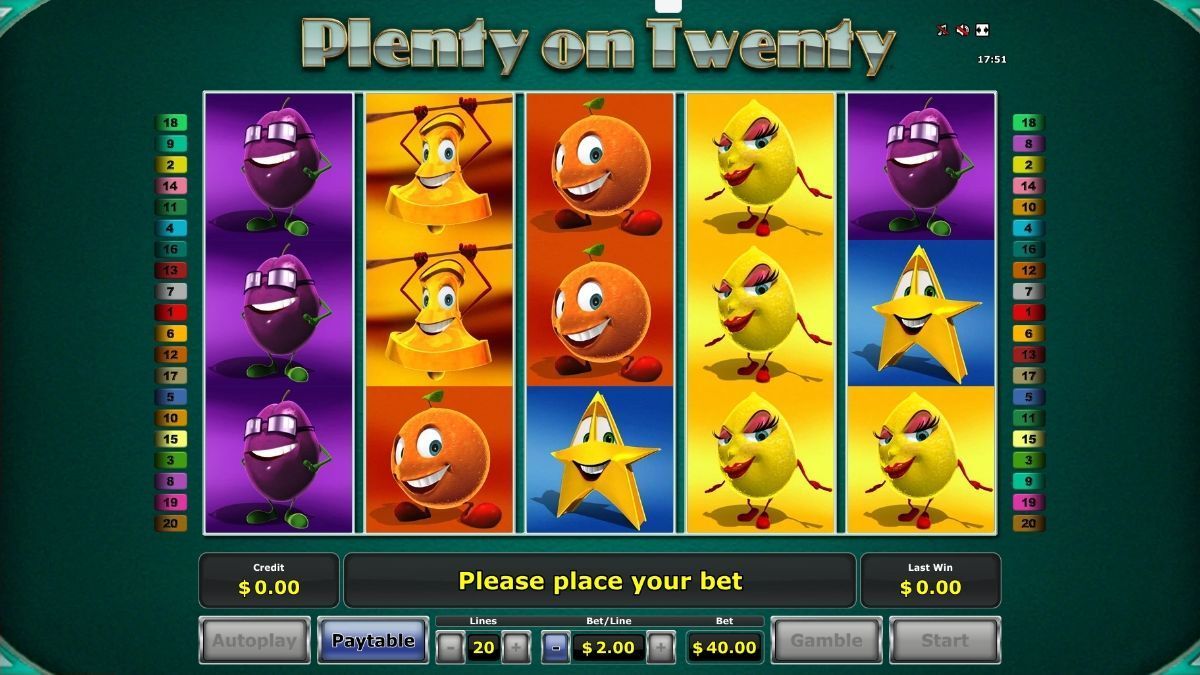 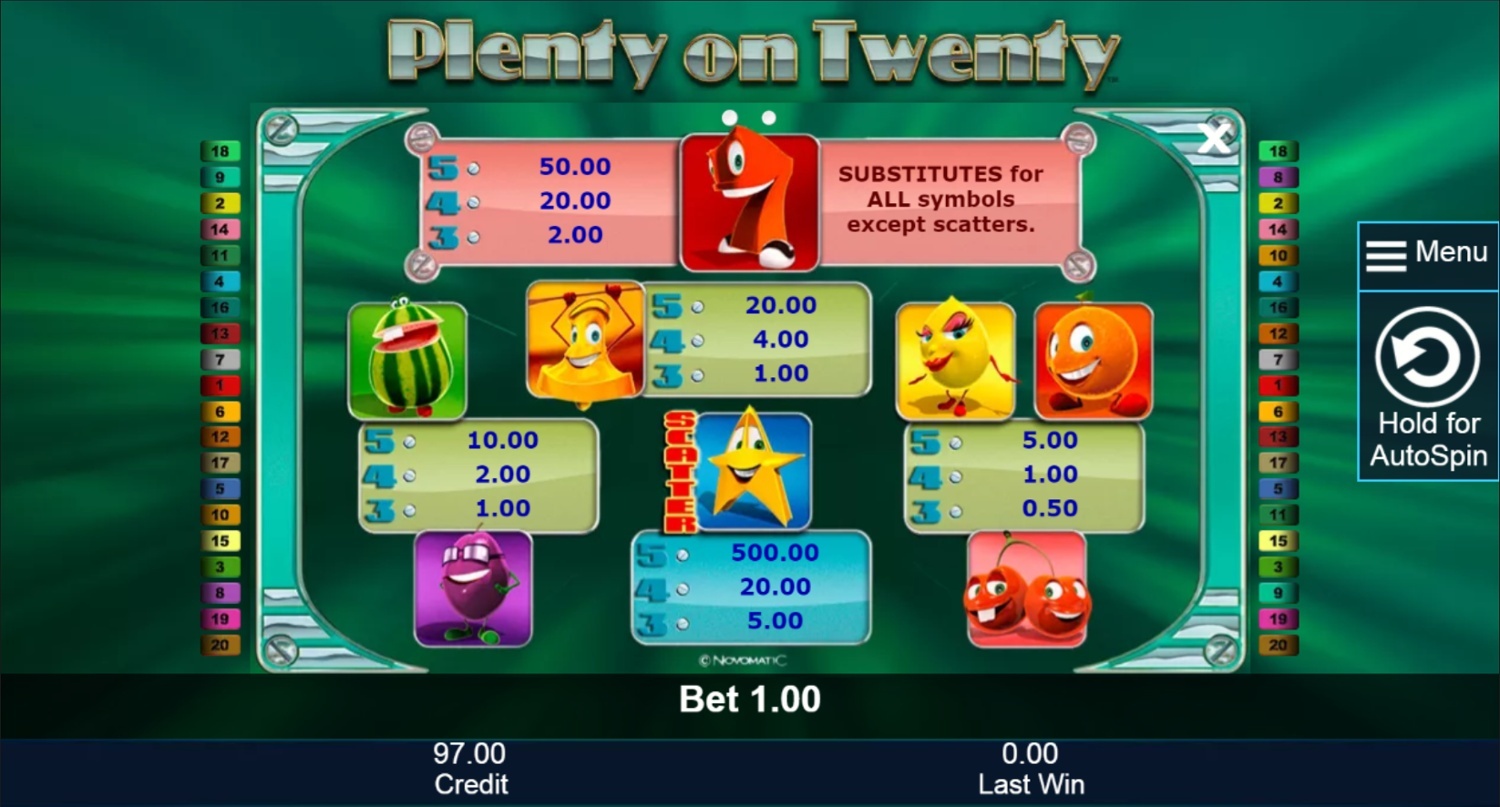 The pays displayed here are the pays when a player plays the round at the highest stakes.

Plenty on Twenty Slot does not have a bonus spin round.

To win at Plenty on Twenty, a player has to line up at least three matching symbols on the reels in a spin.

Only the highest rewarding winning combination on every payline will be paid.

The winning Plenty on Twenty Slot combination has to be formed from the left reel to the right reel.

Plenty on Twenty is a video-based game developed and powered by Green Tube. Green Tube is the interactive division of the gaming company Novomatic.

Novomatic has an established reputation that is globally recognized. This gives a player the security and interest to try out their products.

What is the Plenty on Twenty Slots RTP?

What is the Plenty on Twenty Slots Variance?

Plenty on Twenty is a classic fruit slot machine. The game has all the elements that classify it so. The simple slot gameplay is easy to learn and understand. The features and pay rate of the game are quite average compared to other more modern games in September 2021 .

Including a progressive jackpot will make the game more popular. At the end of the day, Plenty on Twenty Slot is an exciting game to play.