Fly around this tropical paradise with a colony of the wildest birds on the planet. Can you rise above the craziness and win the jackpot in January 2022?

Play Crazy Birds by Novomatic for the jackpot, bonus features and winning combinations. This slot machines sports 5 reels and 40 paylines.

Crazy Birds Slots is a medium variant, bird themed slot game. With 5 reels, 4 rows and 40 paylines, this casino game is powered by Novomatic software. This slot has an RTP of 96% and features free spins and re-spins. Wild symbols include the characters Rocky and Loopy and the bonus symbol Potty.

Discover where to join Potty, Rocky, and Loopy as they go crazy trying to win the lady Candy with wild symbols, bonus features, and a free spins round in this Crazy Birds Slot Review. 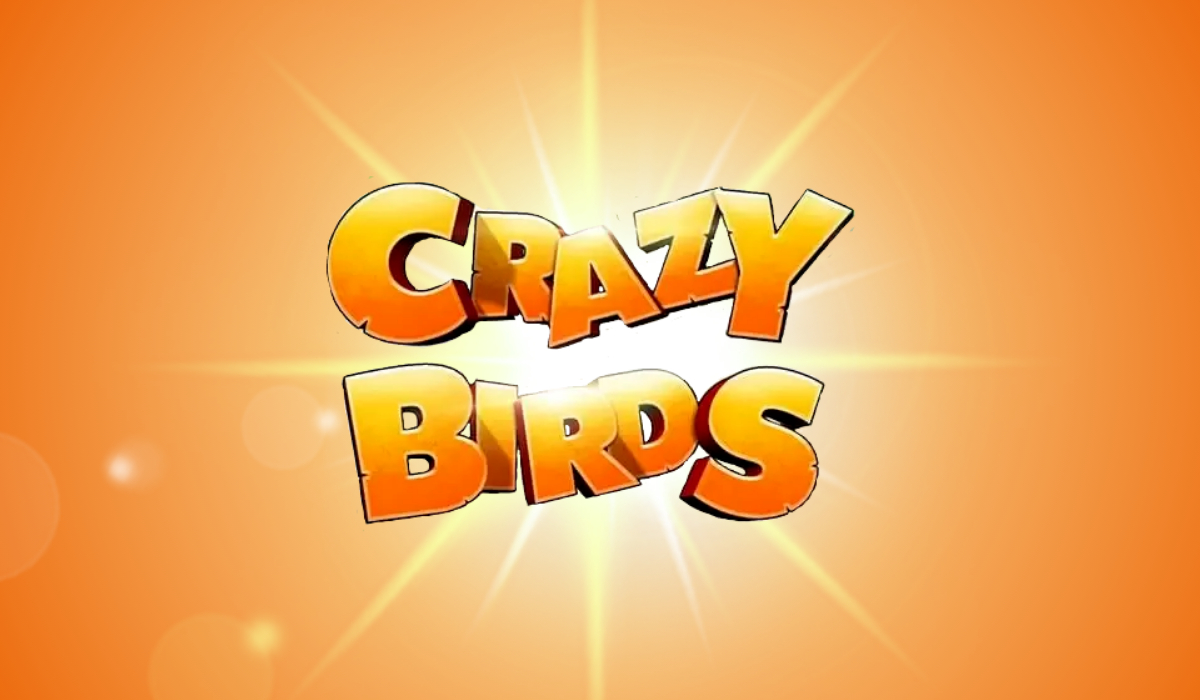 From our research, we have created a list of the Best Crazy Birds Slot Sites in January 2022:

Crazy Birds Slot is a slot game about party birds in a tropical island with five reels and four rows. The game has a total of 40 paylines. Novomatic released Crazy Birds Slot on the 22nd of January 2018. This is an animal-themed slot based on crazy birds.

The game has several special features that can help a player win bigger prizes. The highest Crazy Birds Slot jackpot a player can win is 500 coins.

Crazy Birds Slot is set in a tropical island home to this flock of wild birds. The parrots hold a pool party and compete to win the heart of the beautiful Candy.

The symbols in the game are different tropical-inspired icons. Winning combinations are highlighted to emphasize the payline and the paying combinations.

Before flying around with the crazy birds, a player has to prepare for the game.

You’ll be able to play from either iOS or Android devices, enjoy the complete game from your mobile, tablet or desktop.

In this feature, the player chooses a bird to jump from pool to pool collecting prizes. Another bird may jump into the pool to collect more prizes. 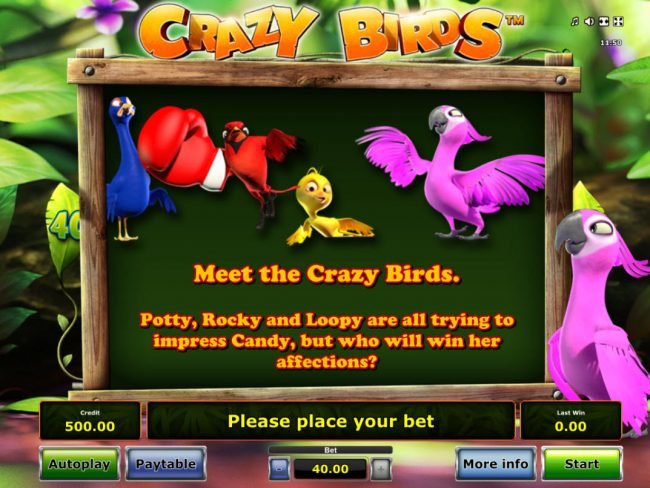 The Crazy Birds Free Spin symbol only appears on the fourth and fifth reels. When this symbol forms a 2×2 grid, the Free Spins round is triggered.

To win at Crazy Birds Slot, a player has to line up at least three matching symbols across an active payline. Only the highest paying combination on every payline will be paid. A winning combination has to formed from the leftmost reel to the rightmost reel to be a win.

The pays displayed were the pays when a player bets at the highest allowed amount, which is 40.

Crazy Birds Slot is a video-based slot game. It was developed and released by Green Tube, the interactive division of the gaming company Novomatic.

Novomatic has a worldwide reputation. They established this by producing games and maintaining a broad fan base. Find more Novomatic Slots using our list of favourites.

What is the Crazy Birds Slot RTP?

Crazy Birds Slot has an RTP rate of 96%.

This is higher than the current average rate in the slot market. We believe the average payout percentage to be 95% and this game exceeds that, making it generous.

What is the Crazy Birds Slot Variance?

Crazy Birds Slot is a game with medium variance.

The medium variance gives the player average wins consistently in the game. 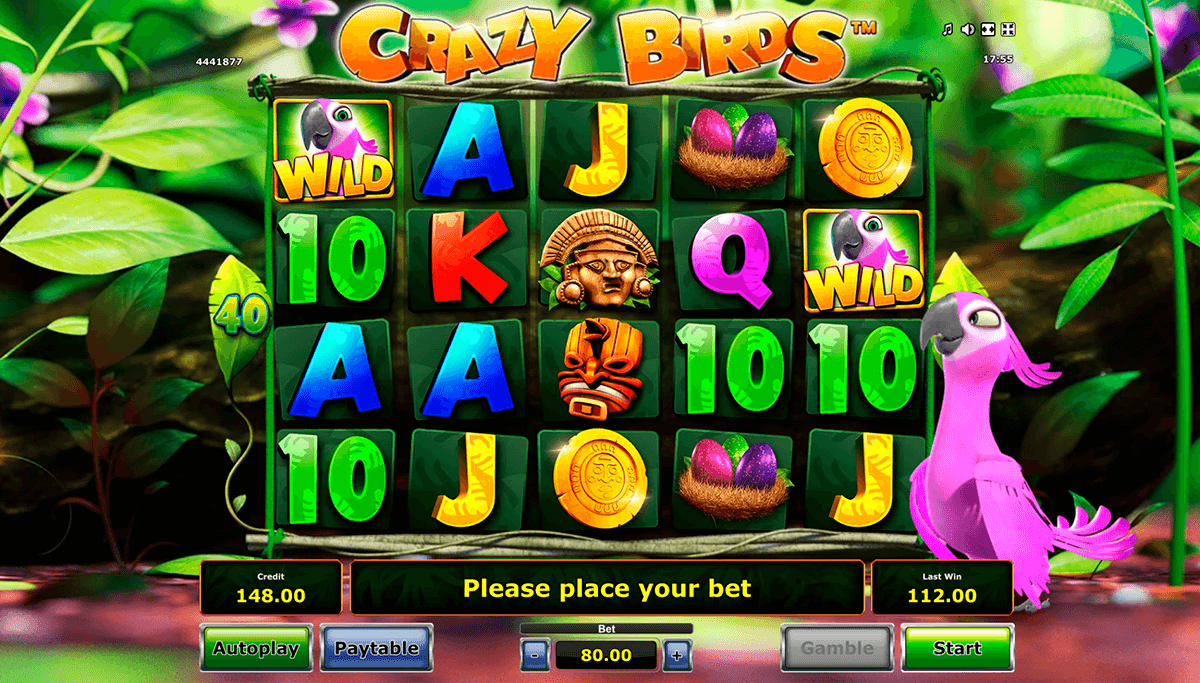 Crazy Birds Slot is a fun game to play. The theme is unique, and the story is interactive. Adding a progressive jackpot can make the game more appealing in January 2022.

The fantastic graphics coupled with the various special features that can help a player win bigger prizes make Crazy Birds Slot worthy of your time.