Scan the night skies for a sign of the dark hero protecting the City of Gotham from all evil elements. Will you be lucky enough to catch him in the darkness?

The Dark Knight slot is a 6 reel, 50 payline online video slot game, powered by IGT. The casino game has an RTP of 95.96% and a Batman Dark Knight theme. Look out for bonus features like progressive jackpots, Joker respins, Scatters, various free spins and wilds which could help you win real money!

Join Batman in his battle against different villains plotting to harm the city by learning how to defend with wilds, re-spins, and free spins in this The Dark Knight Slots Review.

From our research, we have created a list of the Best The Dark Knight Slot Sites in October 2022:

About The Dark Knight Slot

The game has a set of unique features that can help a player win extra rewards. The highest jackpot in the game is progressive. The progressive means that the highest bank increases every time a player plays the game without winning the jackpot.

The movie with the same name inspired the graphic design of the slot game. 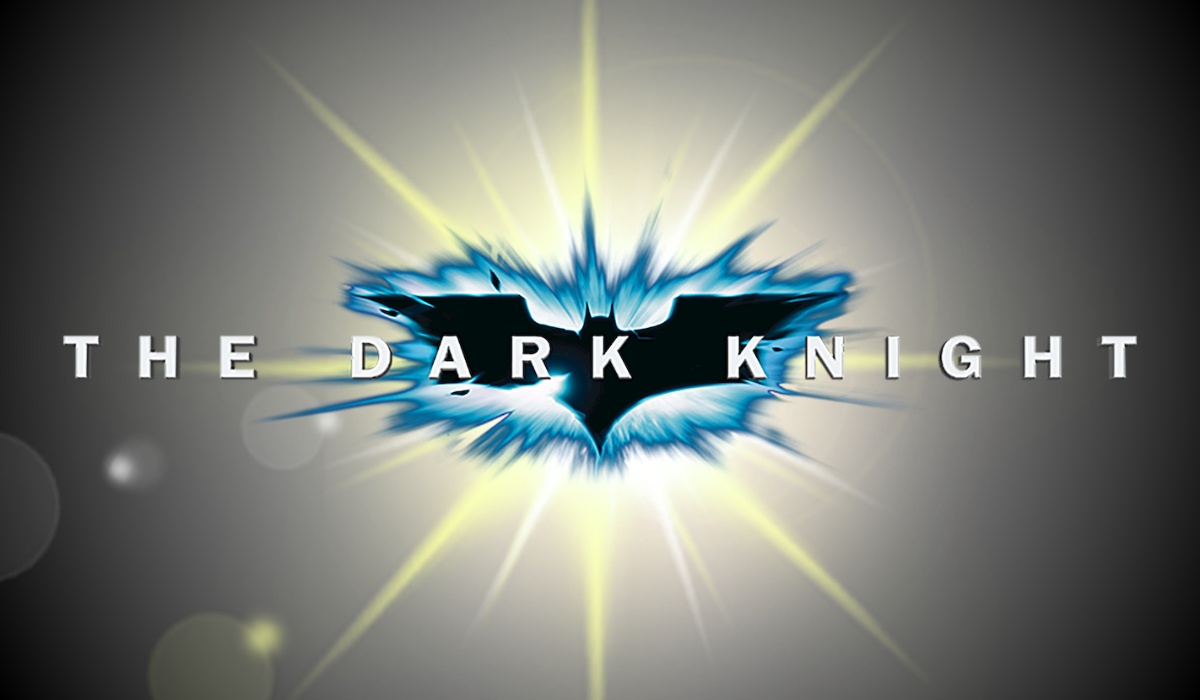 The background of the game is the city at night burning up in flames.

Movie scenes integrate into the game as transitions. Blue metallic borders surround the reels with the paylines revealed with every winning combination. The logo of the game, a free spins counter, and the four progressive jackpot counters are on top of the reels.

All the essential information and necessary buttons to play the game are on the control panel. The panel is at the bottom of the screen.

The symbols in the game are the different characters in the movie. An action-packed anthem plays in the background during the game.

How to Play The Dark Knight Slot Online

To start playing The Dark Knight Slot, a player has to prepare adequately.

After customizing the total bet on each round, all a player has to do is to spin the reels using the Bat-Signal button.

The Dark Knight Slot game can only be played on desktops.

The Dark Knight Slot has several special features that can help a player earn bigger prizes. This includes a wild symbol, a bonus symbol, a bonus round, and several free rounds.

Batman Respins. The first reel is covered with a stacked Batman overlay. When this happens, all the Batman and Batman logo symbols on the reels stay in place while a two-sided coin is tossed.

If the tossed coin lands on the Batman side, the reels spin again with the Batman and Batman symbol locked in place. The coin will be thrown again.

If the coin lands on the Joker side after being tossed, the player receives the payout for the spin.

The Batman Respins feature ends after eight respins. When stacked Batmans cover all six reels, the coin toss will determine which symbols lock in place.

DC Jackpot. The chance to win the jackpot is randomly triggered every after a spin. Higher bets guarantee higher chances of starting the Jackpot Feature.

When triggered, the player is taken to another screen with covered jackpot icons. The player has a limited time to select and reveal covered icons in different colours. When the player successfully fills up the meter for a Jackpot, the player wins that jackpot. 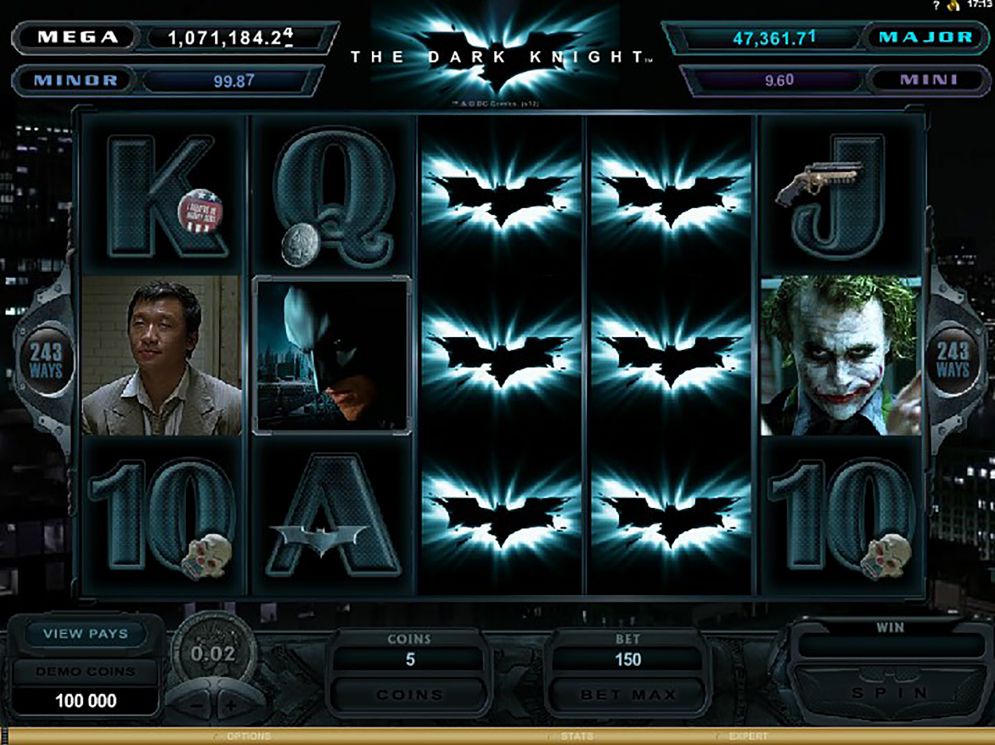 Autoplay Option. The Autoplay game option lets a player turn the game reels for several turns continuously. A player adjusts the number of spins they want to spend the reels spinning.

The Dark Knight Slots gives its players a bonus spin round.

Agent of Chaos Free Game. The Joker Bonus symbol appearing on the fourth and fifth reels triggers this feature. The player is awarded seven free games. When this game is activated, large joker icons appear on the reels to complete massive winning combinations. This feature cannot be re-triggered.

To win at The Dark Knight Slot, a player has to line up at least three matching symbols across an active payline in one spin. All the winning combinations have to be formed from the first reel to the rightmost reel. Only the highest paying complete winning combination across a payline is paid.

Here are the pays of the symbols arranged from the lowest payer to the highest payer.

The Dark Knight Slot is a video-based slot game. It was developed and released by the gaming company Playtech.

Playtech has released many theme-based games that are sure to catch the eye of many players. These kinds of games that Playtech released can be found online and in on-land casinos.

What is The Dark Knight Slot RTP?

The RTP of The Dark Knight Slot is 95%. Though the game has a return rate lower than the average rate, a player can still expect to receive decent wins from the game.

What is The Dark Knight Slots Variance?

The Dark Knight Slot has a range of low to medium variance. This variance means that a player can often win small to average jackpots throughout the game.

The Dark Knight is an exciting game to play with an intriguing theme. The special features of the game add to the excitement of winning extra prizes in the game. The animations and transitions in the game are well executed.

Including a progressive jackpot can increase the game’s popularity. All things considered, The Dark Knight Slot is an excellent game.

Check out our full list of playtech slot software games in October 2022: