Swoop down into the valley where majestic, powerful dragons live to find the hidden stash of gold and vast treasures. Will you receive the blessings of the dragon whisperer to land big wins in January 2022?

Dragon Kingdom Slots is a 5-reel, 25 payline, online video slot game, developed by Pragmatic Play. This low variance casino game has an RTP of 96.47% and Dragon Treasure theme. Bonus features, alike to Dragon Kingdom Wilds and Arch Scatters, could help you win up to 25,000x your stake in real cash!

Learn how to find the jackpot with a wild symbol, a scatter symbol, stacked symbols, a free spins multiplier, a bonus free spins rounds in this Dragon Kingdom Slot Review.

From our research, we have created a list of the Best Dragon Kingdom Slot Sites and online casino ssites in January 2022:

Dragon Kingdom Slot is a fantasy-themed slot game by Pragmatic Play. The game tells the story of the lady who has tamed and befriended the fierce dragons. Together, they rule the realms of the kingdom.

There are similar dragon-themed games but this particular slot has a unique base game, enjoy the symbols such as the orange dragon, green dragon, blue dragon, warrior princess and the stacked symbols. Enjoy the various bonus features and enjoy the chance to land a winning spin during the base game.

Dragon Kingdom Slot is a video-based slot-type game with five reels and up to 3 lines for each of the reels. This online Slot on the 20th of December, 2016.

The game is over the towering mountains under the glowering sunset peeking through the grey, stormy clouds. The castle stands on a mountain in one side of the reels. The colour schemes in the game are in bright, deep jewel tones.

This video slot is famous not only for the stacked wilds but for its multiplier features too – if multiplying your wins sound like an appealing bonus then check out our full team’s list of multiplier online slots.

To start playing the Dragon Kingdom Slot, a player has to set up the game.

The Dragon Kingdom Slot is compatible with desktop computers, mobile phones, and tablets. 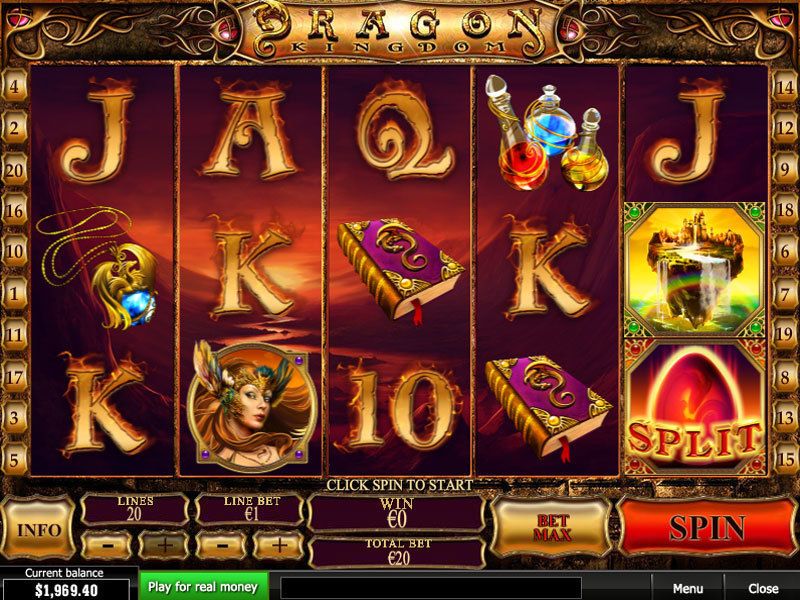 To win at Dragon Kingdom Slot, a player has to line up at least three matching symbols across an active payline. Only the highest paying winning combination across a payline is paid. 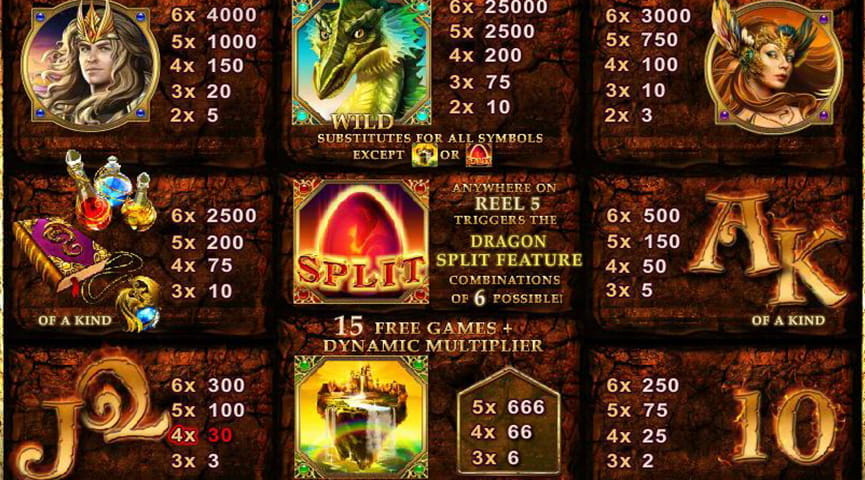 A player has up to 25 ways to win in Dragon Kingdom Slot on every spin. A player can win up to 10000x the current bet.

Pragmatic Play was established in August 2015 and has since then amassed over 100 talented team members. By 2017, Pragmatic Play was recognized as the winner of the Software Rising Star category at the EGR B2B Awards.

What is the Dragon Kingdom Slot RTP?

This RTP rate estimates how much a player may win whenever they play the game. This predicts that for every 1 pound placed as a bet, the player may win back 96 pence from the game.

What is the Dragon Kingdom Slot Variance?

Dragon Kingdom Slot is a game with a low to medium variance.

Can You Play for Real Money?

Dragon Kingdom Slot can be played for real money, all casinos that have this slot machine on their catalogue allow you to play the real version for real cash prizes.

What is the Biggest Win on Dragon Kingdom Slot?

You can win up to 400x your stake on Dragon Kingdom Slot.

This game isn’t a progressive jackpot slot but you can land an impressive winning combination that’s worth 400 times your total stake.

Are There Wild Symbols?

Yes, Dragon Kingdom Slot has a wild symbol that’s represented by the dragon logo and it can substitute any symbols except scatter symbols.

This feature enables you to win, enjoy more chance of a winning combinations and bigger wins with these wild symbols.

Dragon Kingdom Slot gives its players an enchanting gaming experience. The features may be relatively basic when compared to other modern games, but the straightforward gameplay is excellent for no-fuss players. The free spins round and the multiplier features help the player win more prizes.

Including a progressive jackpot may increase interest in the game in January 2022. All things considered, Dragon Kingdom Slot gives players a prize worth a dragons treasure.