Pragmatic Play Slot Software brings you 8 Dragons slot, an Asian-themed, 5 reel, 20 payline slot game which has an RTP of 96.37% and a chance to win £500,000. With the famous Dragon Free Spins, Mystery Stacked Symbols and Scatter Symbols, 8 Dragons Slot Machine is a great experience for all players!

From our research, we have created a list of the 8 Dragons Slots in January 2022:

The 8 Dragons Slot is a video slot game with an Asian theme. The gameplay is simple and easy to understand, pretty much similar to the simple and traditional oriental theme of the game.

The 8 Dragon Slot control panel is found at the bottom of the screen. It holds the controls to adjust the bet and the monitors for all the necessary information to play the game.

A piece of oriental-inspired music plays in the background while the reels spin. Graphics in neon lights flash across the screen during certain features that are activated in the game. All of these visual and audio design help complete the gaming experience offered by 8 Dragon Slot.

How to Play 8 Dragons Slot Online

Before you can play 8 Dragons Slot online, there are several aspects of the game that need to be prepared. These are the coins per line and the coin value for the round. Access the control panel by clicking on the + and – buttons beside the Spin button.

The 8 Dragons Slot was designed by Pragmatic Play to be playable on different screen sizes. Players can access the game on desktop computer and laptops. It can also be played on different mobile devices such as tablets and smartphones with either Apple or Android operating services.

The 8 Dragons Slots has several special aspects and bonus features. These special features and bonus aspects can be triggered to help the players win more prizes.

The designs of the 8 Dragons Slot symbols have the same oriental feel as the other visual elements of the slot game. The low paying symbols in the game are the high symbols from traditional playing cards. This includes the 9, 10, and J. It also includes the Q, K, and A.

Here are the pays of the 8 Dragons Slot symbols when playing with the max bet allowed. 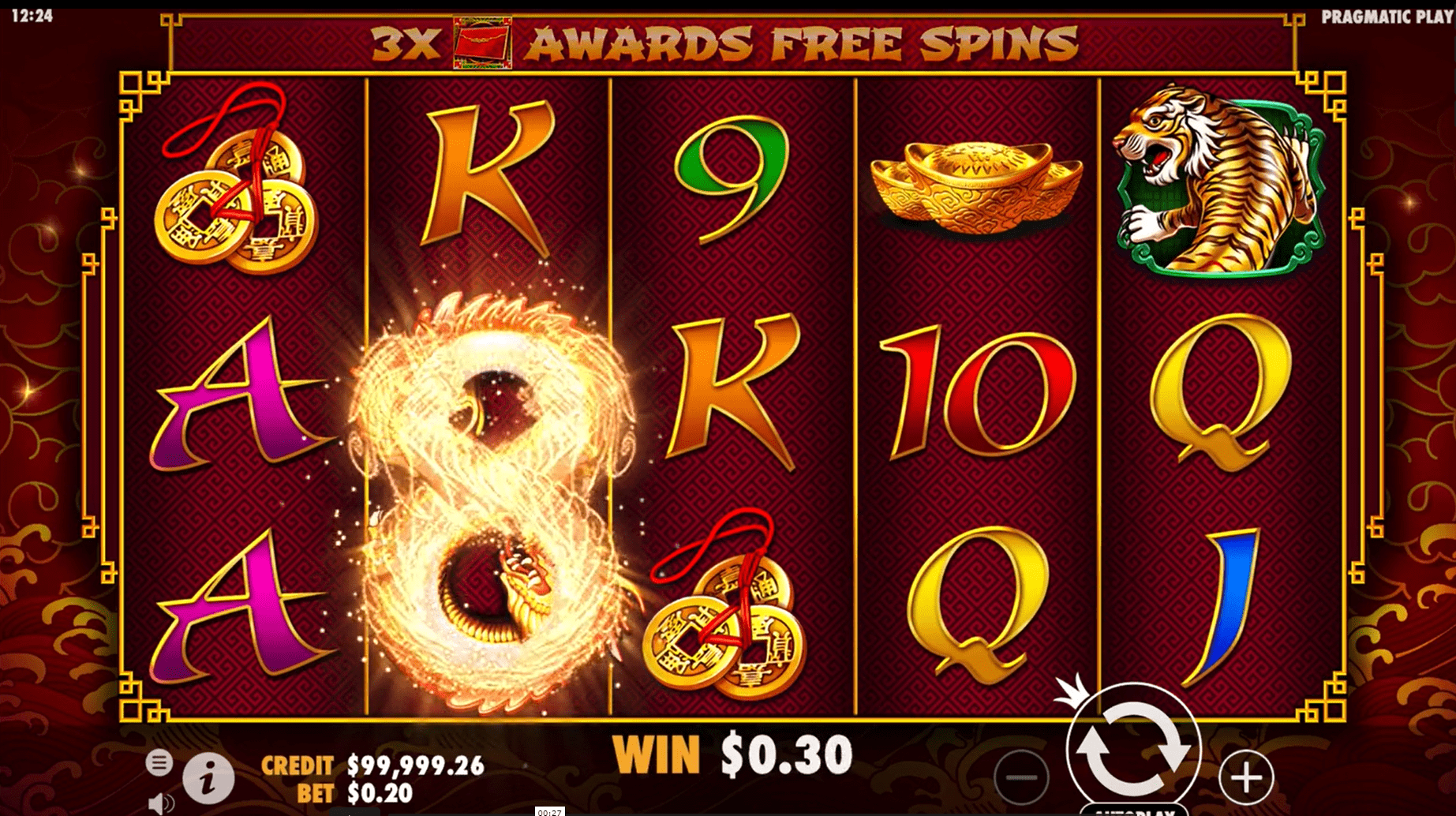 The wild symbol in the 8 Dragons Slot is a pair of golden dragons who are intertwined to appear like they are forming a number 8. These Dragon wild symbols only appear on reel 2, reel 3, and reel 4. The wild Dragon symbol can take the place of other symbols in the game to complete more winning combinations.

Players have a more convenient means of playing the game using the Autoplay option. In the 8 Dragons Autoplay option, players can spin the reels for several rounds without any interruptions.

When the 8 Dragons Free Spins is triggered, the player is presented with a set of dragons, each with a number free spins and a range of multipliers.

During the free spins round, the stacked wild symbol multiplies the total win of that spin with a randomly chosen multiplier from the range included in the selected free spins

During the 8 Dragons free spins round, if the player manages to land three or more scatter symbols anywhere on the reels in one spin, the player receives free spins equal to the selected range initially chosen.

Throughout the 8 Dragons free spins round, special reels are in play.

8 Dragons Slot is a game with 5 reels with three symbol lines on each reel. The players have 20 ways to win whenever they play the game. All the paylines in 8 Dragons Slot are fixed.

To earn a win, players have to land at least three matching symbols across the reels in an active payline. A winning combination is awarded only if it is formed from the leftmost reel to the rightmost reel.

To win at Fairytale Fortune Slot, a player has to line up at least three matching symbols across an active payline. Only the highest paying winning combination across a payline is paid. 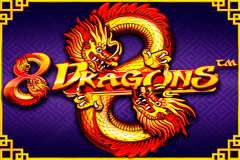 Pragmatic Play has been in the industry since 2015. The gaming development company quickly climbed through the ranks to become one of the most recognized developers with many slot games released in the current market. By 2017, Pragmatic Play has won the Software Rising Star category in the EGR B2B Award.

What is the 8 Dragons Slots RTP?

This return rate higher than the rate of most games in the slot game market today. It helps players understand that the game gives at least 96 cents back as wins for every 1 pound the player places as a bet in the game.

What is the 8 Dragons Slots Variance?

8 Dragons Slot is a game with a medium variance range.

8 Dragons Slot is a simple and exciting game to play. The basic features that most slot games have, like the wild symbol and the scatter symbol, are also present in the 8 Dragons Slot. The most notable features in the slot game are the range of free spins and multipliers along with the stack of wilds. If the developers update the game to include progressive jackpots, it may help increase the popularity of the game in January 2022.

At the end of the day, 8 Dragons Slot is a game that helps make a player luckier.