Are you ready to spin some casino games with overflowing lines that can get you real money winnings?

16807-payline online slot games are fun casino games with interesting themes and lots of bonus features like free spins. They don’t have a fixed number of symbols per reel, so playing them requires a bit of a gambling strategy, but these slots still have fantastic gameplay and lots of ways to win.

If you’re interested in playing slot games that have 16807 paylines like the Luck O’ the Irish Megaways slot and other casino bonuses, then read on to find out how these games work.

Software operators such as Blueprint Gaming, which is recognized by the Malta Gaming Authority and licensed and controlled in the United Kingdom by the Gambling Commission under a legal account number, give the best slot games with 16807 win lines.

Play any of our recommended casino slot games below to join in the fun: 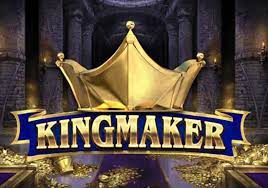 Dragons, Fantasy, Medieval, Kings, Queens, and other themes can be found in Kingmaker. Kingmaker has an RTP of 96.65%. The maximum payoff for this slot is 10000 times your total bet.

Bonus Multiplier, Increasing Multiplier, Megaways, Retrigger, Stacked Symbols, and more features are included in this slot. There is also a free spins bonus in this game.

Kingmaker Slot Game is a royal slot machine with lots of hold and incredible features. 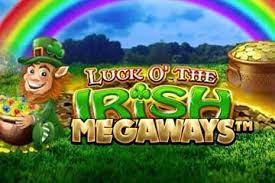 Luck of the Irish Megaways is another impressive slot machine with lots of ways to win.

On the reels of Luck O’ The Irish Megaways online slot, try your luck and see whether you can find gold at the end of the rainbow. Bonus rounds and wilds are included in this 16,807-payline video slot, which will likely boost your profits.

Read the full Luck O’ The Irish Megaways Slot Review for more on the Return to Player, Volatility and moroe. 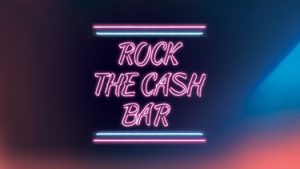 You may find themes such as Bar, Club, Disco, Drinks, Fruits, and more at Rock the Cash Bar. Rock the Cash Bar has a 96.1% RTP. The maximum payoff for this slot is 6589 times your total bet. Expanding Reels, Increasing Multiplier, Increasing Paylines, Random Wilds, Respins, Wilds, Free Spins Bonus and more are all included in this slot.

The 16807 payline slots are slot games from the Megaways Engine, they provide plenty of ways to win. These casino games offer a chance to enjoy 16,807 winning combinations and usually offer 6-reels. In addition to the win lines, the slots have bonus features such as free spins and multipliers.

The Megaways mechanics were initially launched by Big Time Gaming (BTG) in 2016 through an online slot game that featured moving reels and a vast array of winning ways.

The selection of 16807-megaways slot machines, which differ from conventional slot machines in that they have reels with varying amounts of symbols, is one variety of these slots.

Symbols in a five-reel reel game, for example, might contain anywhere from two to seven characters.

BTG has continued to develop its own Megaways slots while also licensing the Megaways engine to other companies.

You’re probably bored of seeing 5×3 and 5×4 grids if you’ve been playing slot games for a while. 16807-payline slot machines bring something new to the table in this regard.

While they have five reels like traditional multi-payline casino games, the size of the reels changes with each play, unlike the static 5×3 and 5×4 grids used in the gaming industry, this engine is dynamic.

The chances of landing winning combos fluctuate from round to round during the base game due to the slot’s 2 to 7 symbols on the reels. There could be 64 ways to win on one spin and 16807 ways to win on the next.

It’s not difficult to locate video slot games with 16807 paylines. You can use your desktop PC or laptop to spin them in demo mode or play at an online casino site for real money. You can also use mobile devices running iOS or Android to play.

To play casino slots with 16807 win lines, you can go to one of the following online gaming sites:

Due to their format, 16807-line slot games are distinct from payline games. Other traits and benefits, on the other hand, add to the thrill. Paylines are just one aspect of the online slot features that are available, below we list common ones for these types of slots.

When the reels cascade, paying symbols vanish, allowing symbols from above to fall into their place.

This method allows you to continue generating fresh victories. On cascading reels, consecutive payouts might sometimes be the key to unlocking further alternatives.

Except for Scatter and Bonus symbols, the Wild symbol can substitute for any other symbol. Wild symbols can only appear on reels 2 through 4 in some of the 16807 Megaways slot games.

When Scatter symbols appear on neighbouring reels, this bonus feature is frequently triggered.

You will then be awarded free spins, which will allow you to spin without risking anything and enhance the value of your winnings, which will be multiplied by your total stake if you win during the round.

Aside from the free spins bonus, you can come across a slot game featuring a bonus round where you can play a mini-game or something similar.

Several of the 16807-line games feature unusual setups, such as the following:

Although the layouts change from traditional grids, the winning strategy remains the same: land identical symbols on active pay lines.

Slots with 16807-megaways include a unique combination of features, different reels, and various ways to win. These games appeal to players for several reasons.

Because these casino slot games have more winning combinations, a unique configuration, and unpredictable spins, each player’s wager is well worth it.

Now is the time to play your favourite 16807-line slots and earn real money jackpots by landing bonus icons.