Have a Scatter-filled winning experience with 720-payline online slots!

Give yourself a better chance of winning 720-ways-to-win slots and know which online casinos offer this many multiple paylines by reading our review below.

You can play the greatest 720 paylines slots in this list. You can play them in demo mode for free to understand the game. These games are provided by all of the industry’s finest slot software companies.

Age of the Gods Norse Ways of Thunder Slot 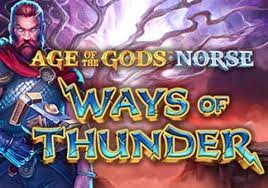 The configuration of this casino game consists of 5 reels. Ancient, Asgard, gods, mythology, Nordic, Norse, Thor, and other themes can be found in Age of the Gods Norse Ways of Thunder Slot.

Age of the Gods Norse Ways of Thunder has a 96.2% RTP. In theory, this means that for every £100 invested in the game, the expected return is £96.20 which is a generous return.

There is a free spins bonus in the game, which is usually where big money is won. If you’re hoping to win a large sum of money, you might be in luck because this game also has a jackpot. 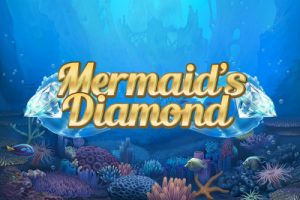 Adventure, crystals, fantasy, gems, jewels, mermaids, sea, treasures, undersea, underwater, and water are among the themes included in this casino game, with a 5-reel layout.

Mermaids Diamond Slot is an ocean-themed slot game based on mermaids and it comes with a number of fast-paced bonus games. 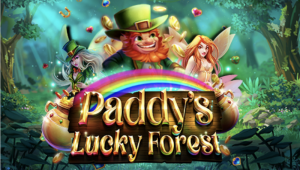 Paddys Lucky Forest has a 96% RTP and various features such as a jackpot, a pick bonus, stacked symbols, trailing wilds, and more.

The game contains a free spins bonus, which is usually when the jackpot is won. This Irish themed slot machine provides a number of exciting bonuses including stacked wilds and jackpot wins. 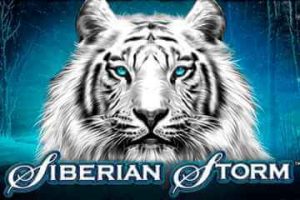 Reels 2, 3 and 4 also include wilds. The RTP is also rather low – approximately 92-96%- making it a low-volatility option. Find more details on the Siberian Storm Slot with our review. 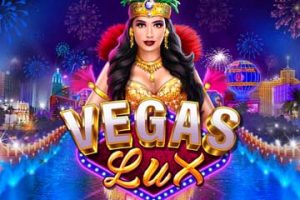 This slot has various features, including retrigger, scatter pays, stacked symbols, stacked wilds, win both ways, and has an RTP of 95%.

There is a free spins bonus in the game, which is usually where the big money wins are. 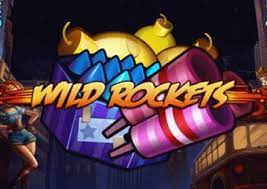 Wild Rockets by Net Entertainment has a variety of themes, including fireworks, rockets, and more.

Wild Rockets has a 96.66% RTP. Expanding wilds, retrigger, scatter pays, win both ways, and free spins features are included in this slot. 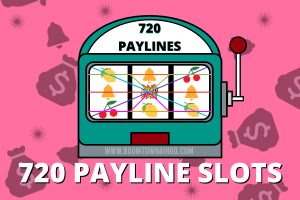 The 720 payline slots are games that consist of 720 win lines, this means 700 more ways to win than a traditional video slot. These slot machines come with plenty of winning combinations and also provide exciting bonuses such as free spins, jackpots and wilds.

Instead, players get a winning combination and win money by matching symbols next to another on an adjacent reel.

Occasionally, slots with multiple paylines of 720 offer payouts in both directions, and players will be compensated regardless of the location on which identical icons appear on consecutive reels.

720-way slots are also known as ‘MultiWay Xtra’ by IGT. The reels in these games resemble a honeycomb. Three, four, five, four, and three symbols appear on each of the five reels.

The high number of paylines is due to the fact that paylines run both left to right and right to left. Payouts are awarded when the same symbol appears on adjacent reels in any position.

Where to Play 720-Paylines Slots?

IGT leads the industry with its MultiWay Xtra format, although Net Entertainment has been gaining ground in recent years, making it easy for players to find these slot machines.

Here are some online casinos that offer 720 -line slot machines:

Watch out for first-time deposit bonus perks and subscribe to the website of your choice for the latest news.

Note that online casinos do not tolerate underage gambling, so please play responsibly.

It’s critical to keep an eye out for symbols and features that can aid your bankroll. Luckily, 720-ways-to-win slots have bonuses that can help you win big with real money. Look out for the best slot machine feature with our look at the various bonus rounds such as free spins, wilds, multipliers and pick them rounds.

The Wild symbol substitutes other symbols during the base game and awards the players win multipliers.

A Wild can also replace other symbols by covering an entire reel, automatically giving the layer a winning combination.

When at least three Scatters land on a single payline, they trigger more bonuses like a jackpot game, a free spin feature, or other fun side games that many players love because they increase their odds of winning.

How to Win on 720-Payline Slots

You can win slots with 720 lines when you land winning combinations by hitting matching symbols on adjacent reels.

There are more scatter wins on 720-ways-to-win slots than on games with fewer paylines which means winning combinations may appear more often.

It is better to try the 720-ways-to-win slots in free-play mode first, then study the paytable to learn about the different rewards.

Casino games with more paylines offer more ways of landing winning combinations. With 720-way online slots, you can activate more bonus features since matching symbols often occur on the reels. In turn, you will have more chances to win big real money payouts.

If you want to experience playing non-traditional paylines, have a go at our recommended 720-ways-to-win slots from Net Entertainment, IGT, and other well-known casino software providers!