Pop on an eyepatch and venture out into the sea with pirate-themed online casino games!

Pirate-themed slots are slot games found at online casinos based on the notion of grubby pirates with parrots, hook hands, teeth gaps, and their hunger for undiscovered treasure chests. With pirate slots, you can be on the lookout for treasure maps that hide bonus games and large winnings.

Learn how to uncover treasure maps and unlock free spins amidst cheery folky tunes and a cast of seafaring characters who play a key role in your quest for hidden treasures by reading our Pirate-themed online slots review. Find more slot machines themes with our full guide and list of each theme.

Here are some of the top pirate-themed online casino games that offer free spins winnings, min deposit options, and welcome bonus round: 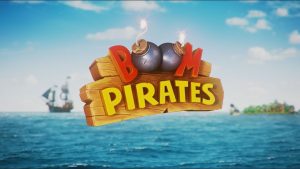 With the fresh new Wonderways format, a slot inserted a dynamite stick in the standard game mechanics! On every given play, there are a staggering 10,077,696 paylines to be discovered.

When three scatter symbols appear on reels one, three, and five, the free spins are triggered, spelling out Yo Ho Ho.

Mary’s Swashbuckling Attack, which turns symbols into a guaranteed five-of-a-kind triumph, should be avoided. Quickspin, the Swedish gaming behemoth, has come up with a unique notion. 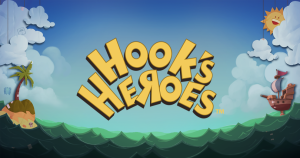 Hooks Heroes was released in 2015 with unique graphics, exciting gameplay, and music appropriate for sea bandits.

The bonus feature with the shortest number of spins is usually the most unpredictable. The extra feature requires three scatter symbols to activate, but the game will respin with one of the three bonus features stated above active if two appear. 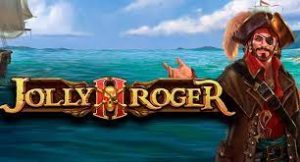 Play ‘n GO’s Jolly Roger slot has five reels and fifteen paylines. From 15p each spin, you can play on all devices with a pirate theme.

This straightforward slot has a Map Bonus feature that awards payouts of up to 1,200 times the bet. Then there’s the Chest Bonus, which can payout up to 4,000 times your total bet. 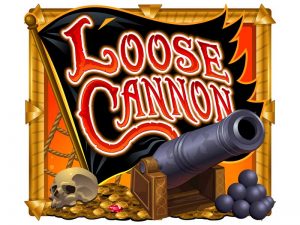 Microgaming’s Loose Cannon offers five reels and 243 ways to win, which means lots of paylines — to win, you must get matching symbols in neighbouring reels starting from the left.

A pair of pistols, some rum, a treasure map, a treasure chest, a monkey with a cannonball, female and male pirates, and the Loose Cannon emblem are among the pirate-themed icons. The pirate ship is the wild symbol, while a compass/octopus scatter triggers the main feature. 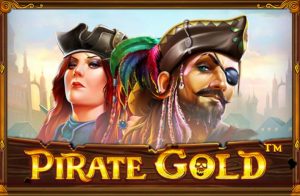 Pirate Gold is an explosive jackpot game with big-win possibilities, set on a misty waterfront. You can win a minor, major, or giant jackpot when you land eight money bag symbols on a single spin.

Thanks to the pirate icons going wild, there’s also a free spins phase where you can get more wilds. If your luck is in, you might win up to 32,000 times your bet. 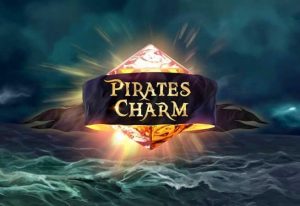 The treasure of Pirates Charm is the mystical emeralds that can turn into matching symbols when they appear anywhere on the reels, whether in the main game or the bonus game.

Every time you add to the collection, you’ll get respins if you land any emerald on a spin. The bigger the payment, the more people there are.

The slot reels are spun across what appears to be a pirate ship’s wooden decking, which is appropriate. There are 243 ways to win, and a maximum payoff of 3,861 times the wager.

Enjoy dazzling graphics and an action-packed soundtrack infused with a pirate theme. 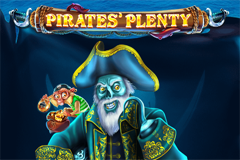 On a Red Tiger slot with big-win possibilities, a true pirate adventure awaits. The theme of the game revolves around the search for treasure maps. Each map that appears on the reels during the bonus round moves you closer to obtaining the Bonus Treasure Reel.

The latter will clear the reels of any lower-value symbols, increasing the chances of big wins. Keep an eye out for the Skull symbol, which may pay up to 1,000x your stake if you get six of them on a payline. 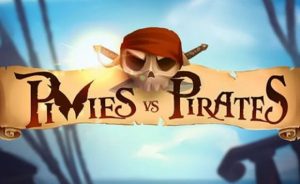 There are four different features spread across six reels, seven rows, and up to 729 paylines. To activate the free spins, land three Pixies vs Pirates logo symbols anywhere on the reels. Before you begin spinning, you will be asked to choose a side: either Squad Pirate Captain or Team Pixie Queen.

You will receive an additional spin if either of them appears on the reels. There are up to 11,664 ways to win in the bonus game. Also, keep an eye out for nudge wilds and multipliers. 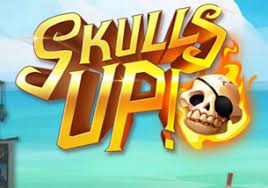 When the most important symbol is a skull, you know you’re playing a Pirate Slot. If you get them anywhere on the reels, you’ll get more possibilities to win and a respin to add to them.

This multiline slot has a maximum of 1,944 paylines. In both the regular game and the bonus feature, all skull symbols are wild.

When a winning combination of treasure chests appears anywhere on the reels, the Flaming Free Spins feature is triggered. Additional spins can be obtained by landing skulls, which will raise the reels to a height of six symbols. 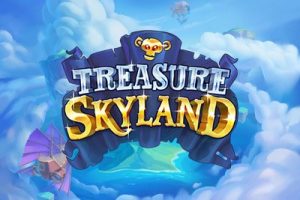 Monkey pirates have yet to appear in a major motion picture, but the Treasure Skyland Slot proves the concept works! This JFTW and Microgaming collaboration has a huge number of features.

Multipliers up to 4x, symbol upgrade features, symbol-to-wild features, and a win-extending feature are included in this game.

The primary bonus round is based on pick mechanics, and you can win up to 1,000 times your stake.

What Are Pirate-themed Slots?

Online casinos feature so many slot games, and pirate slot machines are among the most popular. Pirate slot games have interesting game logo symbols such as ghost pirates and treasure map rolls. The game features and bonus rounds include free spins.

Pirate slot machine games are entertaining with cool game symbols that will remind you of your childhood fantasies of becoming pirates and plundering ships.

Many Hollywood screenplays have been inspired by pirates’ love of adventure, nefarious actions, and treasure hunts. Those similar storylines are now being realized in casino slots from a variety of game developers.

Pirate Slots isn’t just fun to play because of the theme. Because of the modern-day online slot game nature, there is a dizzying assortment of in-game elements.

What Pirate-themed Slot Has The Best RTP?

Regarding RTP rates, the best online casino game with a pirate slots theme would be Playtech software’s Captain’s Treasure.

You can get a possible return payout of 97.06% as you spin the reels and try to pocket the pirate’s wealth while the black-bearded pirate keeps an eye on you.

In this particular game, winnings are paid both ways, increasing your chances of getting cash rewards. There are wild features that increase your payoff by doubling it and a Dollar Ball lotto-style bonus game where you can win max bonus money.

Scatter pays increased by your total stake if you line up three treasure chests filled with gold. You can also try spinning for the progressive jackpot, which pays real money.

What Variance Are Pirate-themed Slot Games?

Most pirate-themed slots have medium to high variances.

On the other hand, you may not be able to land many wins often on a high-variance online casino game, but you have the potential of taking home a large amount of real money wins.

Can I Play Pirate-themed Slot Machines On Mobile?

You can play pirate slots at your favourite casinos online using your desktop PC or laptop. While this method is already convenient enough since you don’t have to leave home to access pirate-themed slots, you’d be happier to know that you can also load these slot games on your mobile devices.

Log in to your top online casinos using an internet browser on any iOS or Android device, and you’re good to play on the go.

Some pirate-themed slots games’ mobile versions have free demos that you can practice before playing for real money.

However, note that only cash stakes qualify for real money wins, and wagering contributions vary. With every pirate slot machine that you play, a game play policy applies.

What Symbols Are On Pirate-themed Slots

The most common symbols that you will encounter on pirate-themed online casino games are treasure chest scatters, pirate ships, ghostly pirates, hidden treasures, spyglasses, and more.

Of course, you will also see the ever-present A to J card suits. Some pirate-themed slots will also display classic symbols such as cherries, BARs, and lucky 7s.

The special icons are there to help you activate bonus rounds and game features such as symbol substitution features, free spins, and bonus spins, to name a few. These bonus game features complement the pirate theme since pirate-themed symbols trigger them.

Apart from substituting other symbols, an expanding wild can be a map of treasure extending to cover an entire reel.

The scatter symbol on pirate-themed slot games can be a treasure map or a treasure chest. They are the key to activating the free spins feature.

A free spins round can take players to a separate screen where the background and characters are derivatives of the pirate slot base game.

Each slot game represents such a fun buccaneer adventure that you will make you keep spinning for more.

Start your sea adventure with our recommended pirate slots above and search for welcome bonus packs, free spins winnings, and real money payouts! Always keep in mind to play responsibly.