Alien Robots Slot is a Science Fiction themed slots game powered by Netent. Alien Robots Slot has an RTP of 96.3%, and has free play available. Its UFO scatter symbols and variety of games modes keep players entertained, so it’s safe to say this extra-terrestrial game has a lot to offer.

With a universe so wide, there is every possibility of aliens existing. Prepare to meet a unique race of aliens who award big wins. Can you befriend these Alien Robots in January 2022 to have them lead you to riches?

Learn how to scour the galaxy for the jackpot using wild symbols, sticky wild features, scatter symbols, and a free spins round in this Alien Robots Slot Review.

From our research, we have created a list of the Best Alien Robots Slot Sites in January 2022:

Alien Robots Slot has a handful of special features that can help a player get more chances to win prizes. The highest jackpot in the game is 10,000.

Alien Robots is set against a dark blue night sky flecked with stars shining. Two robots stand on either side of the screen. 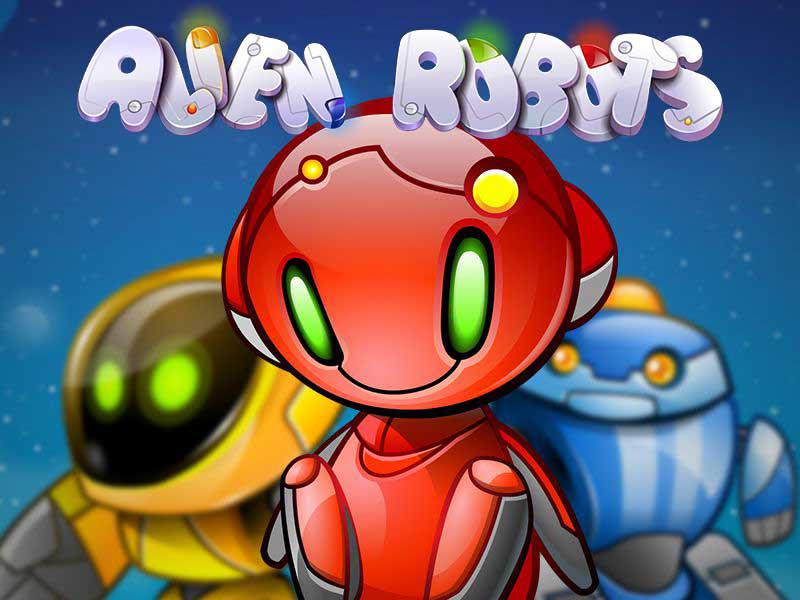 The borders of the reels look like they are made of metal. The paylines are represented by balls in different colours on either side of the reels. The game logo is on top of the reels.

All the important information and necessary buttons to play the game are on the control panel. The panel is at the bottom of the screen.

To start exploring outer space in the Alien Robot Slot, a player has to prepare several things. These are the coin value, the paylines or pay ways, and the bet level.

Alien Robots has a couple of special features that can help a player win bigger prizes.

Alien Robot Slot gives its players a bonus spin round.

To win at Alien Robots, a player has to line up at least three matching symbols across a payline or on three adjacent reels on a pay way. The highest win in every payline or pay way is the only win paid. A winning combination has to be formed from the leftmost reel to the rightmost reel. 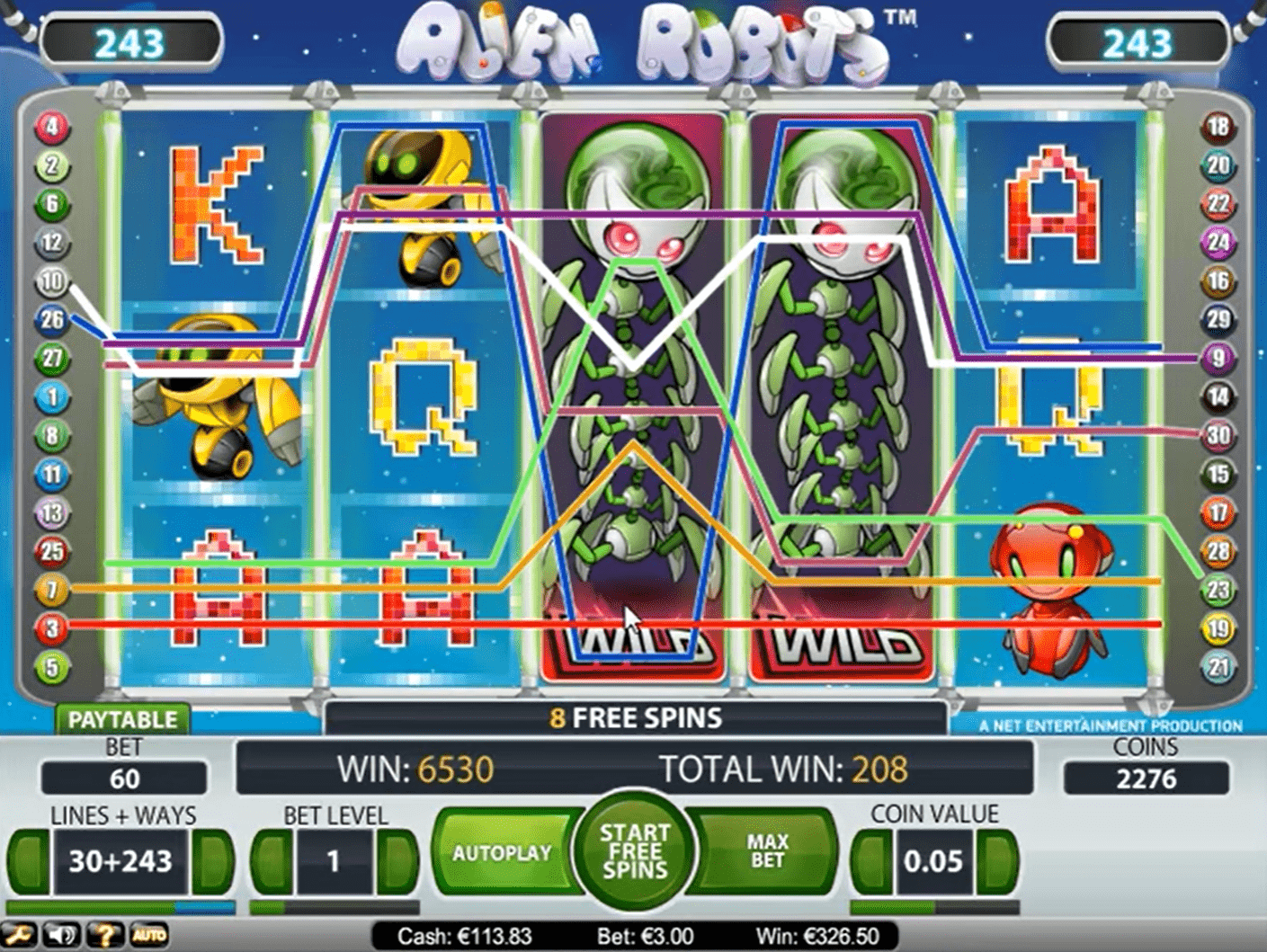 Here are the pays of the symbol arranged from the lowest payer to the highest payer when the pay ways are activated.

More Info on This Slot Game

Alien Robots is a video-based slot game powered by the gaming company NetEnt.

NetEnt makes sure that the data of its players are secure. They use the latest technology to protect the accounts of their users.

What is the Alien Robots Slot RTP?

Alien Robots Slot has an RTP rate of 96%. This is higher than the current average rate for slot games in the market.

What is the Alien Robots Slot Variance?

Alien Robot Slot has a medium variance. This means the player has a regular chance of landing average pays in the game.

Alien Robots is a basic game. It only has a couple of special features that a player can use. The graphic design of the game is cute but may only appeal to certain people in January 2022. Adding a progressive jackpot can make the game more appealing to a wider audience.

All in all, Alien Robots is an entertaining game to play.